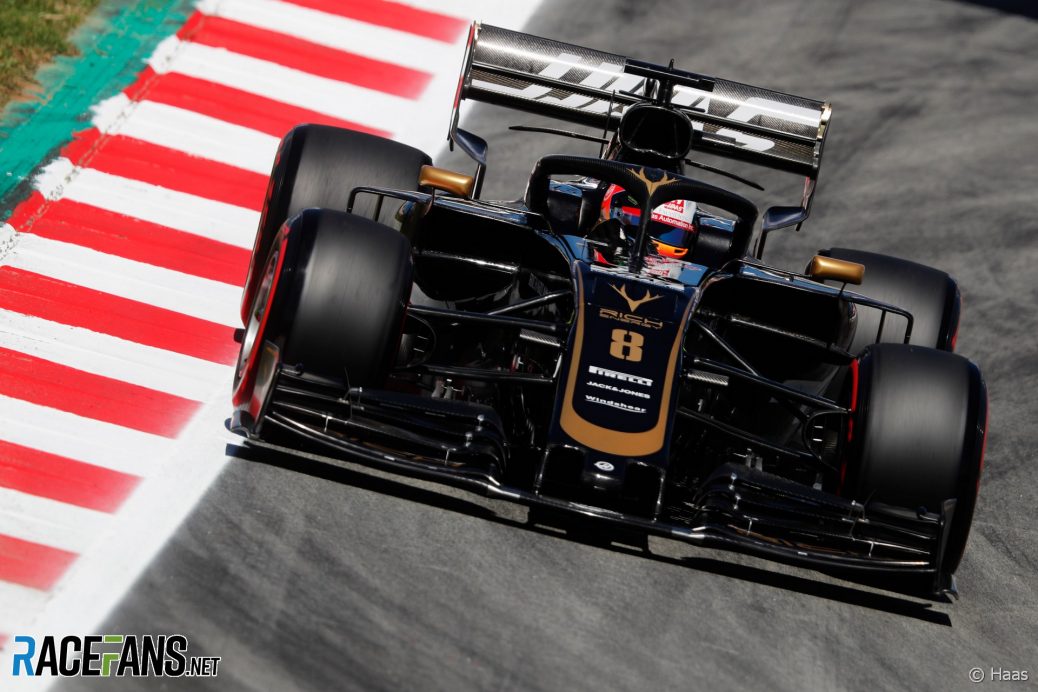 Romain Grosjean says he isn’t surprised Haas became more competitive after they removed the upgrade they introduced at the Spanish Grand Prix.
Grosjean eventually got his wish at the British Grand Prix where he out-qualified team mate Kevin Magnussen, who continued to use the new aerodynamic package.
Romain Grosjean: “[But] because on that Friday I was about two to three tenths faster than Kevin, the team thought the update was working well and that we were going to stay in that direction because all the sensors were showing that it was fine.”
Romain Grosjean: “Since that point onwards I’ve been asking to revert back to the old package.”