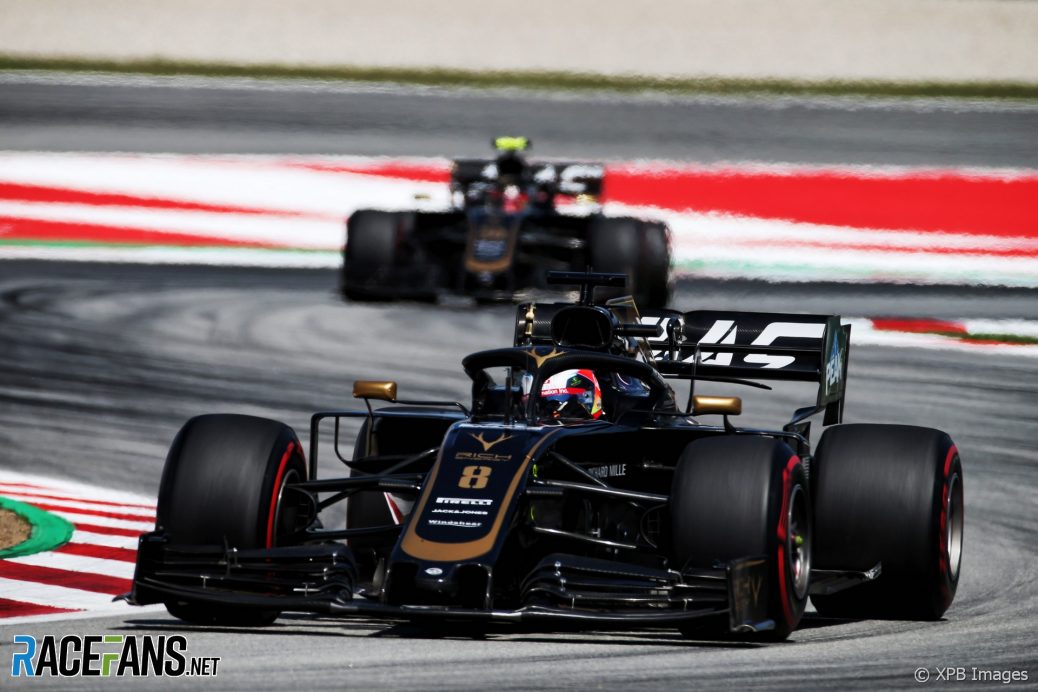 Romain Grosjean says Haas will impose team orders on a case-by-case basis in order to minimise the risk of collisions between its drivers.
Haas is imposing limits on how Grosjean and team mate Kevin Magnussen can race each other following three collisions between the pair this year.
Grosjean said the team will favour whichever driver is quicker when the pair meet while racing.
Grosjean said he is prepared to following the instructions and his team mate also has no concerns over how it will work.