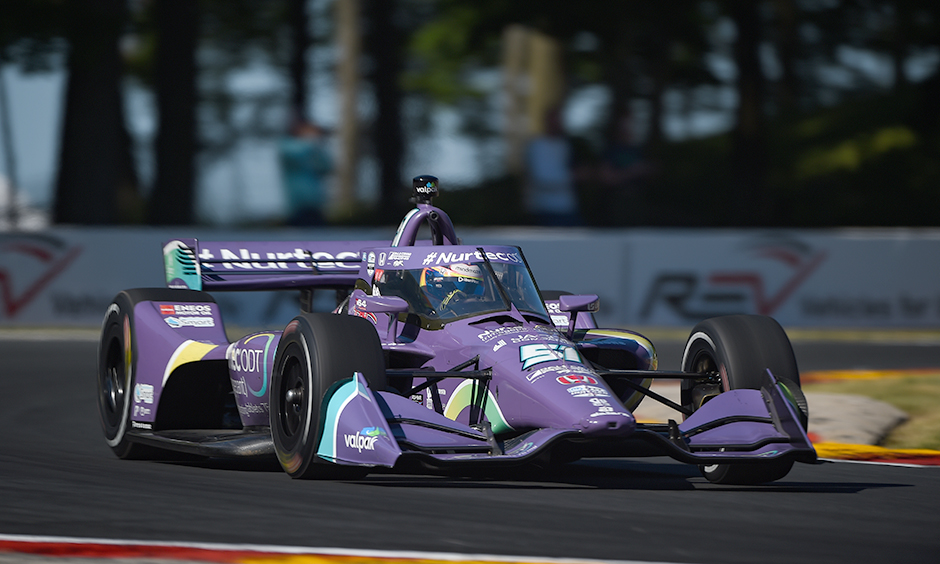 Rookie Romain Grosjean led the first practice for the REV Group Grand Prix presented by AMR on Friday afternoon at Road America, continuing his strong pace this season. Formula One veteran Grosjean’s top lap was 1 minute, 47.6781 seconds in the No. The second practice starts at 11:10 a.m. (ET) Saturday (live on Peacock), followed by NTT P1 Award qualifying on Peacock at 2:30 p.m. (ET) Saturday, with delayed coverage at midnight Saturday on NBCSN. Final practice is live on Peacock at 5:30 p.m. (ET) Saturday. Live coverage of the 55-lap race starts at noon (ET) Sunday on NBCSN and the INDYCAR Radio Network. 7 Arrow McLaren SP Chevrolet in his first-ever laps in an INDYCAR SERIES car. 2019 Indy Lights champion Askew substituted for Rosenqvist for Arrow McLaren SP last Sunday in Race 2 at Detroit, placing 25th in an early exit due to mechanical problems during his first start of the season.