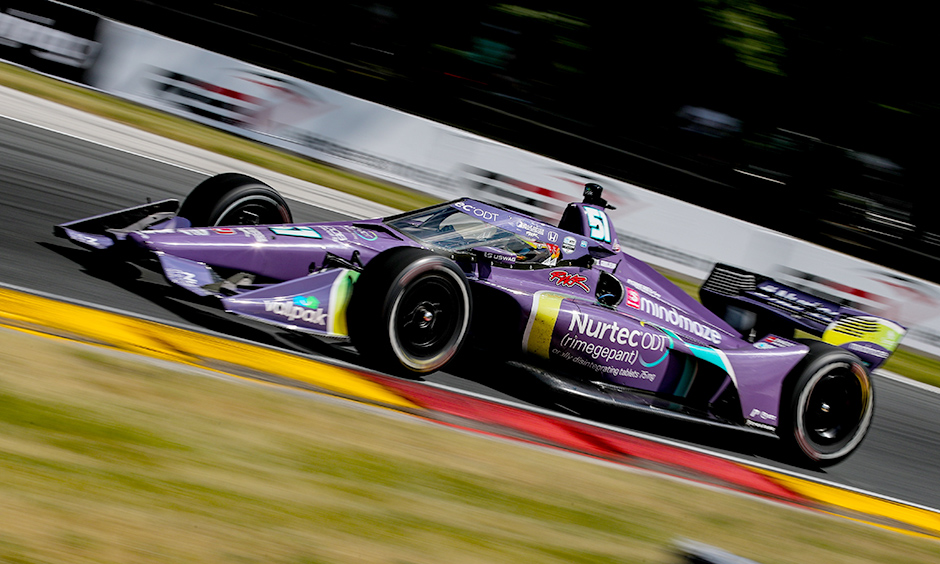 Regions of the United States might be gripped in a historic heat wave, but Romain Grosjean couldn’t help but think of a fun winter activity when he tested last week at Mid-Ohio Sports Car Course. NTT INDYCAR SERIES rookie Grosjean said he turned around 80 laps in testing June 22 on the undulating, 13-turn, 2.258-mile road course in his No. Frenchman Grosjean is enjoying a strong rookie year in INDYCAR after 10 seasons in Formula One, especially in qualifying. Each test session is important for Grosjean, who never raced on any of the INDYCAR circuits before this season. “The test helps because I know the track, and we were able to try a few things on the car,” he said. The 80-lap race is set for noon Sunday, live on NBC and the INDYCAR Radio Network.