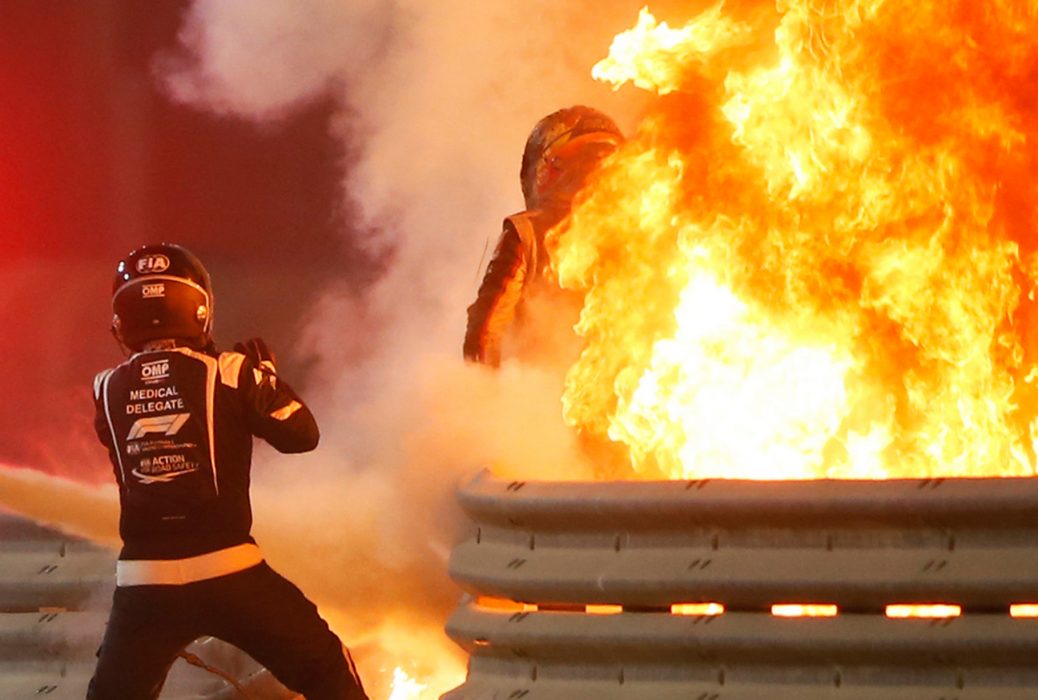 THIS is the terrifying moment Romain Grosjean’s F1 car split in half and burst into flames after smashing into a barrier today. The Haas driver was airlifted to hospital with suspected broken ribs and suffered minor burns after a scary incident in Bahrain. He was trapped in his car for more than 20 seconds after the 140mph smash into the barrier. His car was then instantly engulfed by flames as marshals rushed to help the French driver out of the wreckage. We’ve heard over the radio that Romain is out of the car and ok.”. The marshals and FIA people they did a great job, it was scary”.