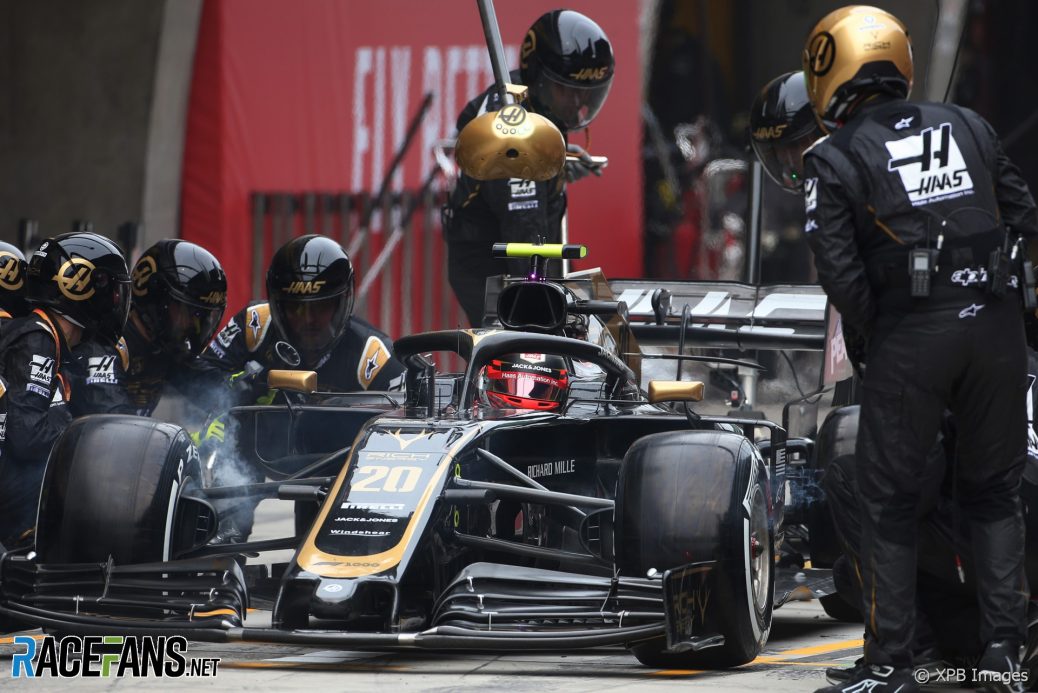 Grosjean and Magnussen support call to bring back refuelling

Haas drivers Romain Grosjean and Kevin Magnussen are in favour of plans to allow refuelling in F1 races.
While other drivers last week expressed doubts over the plan, Grosjean is convinced it would be a change for the better.
“I am for refueling, I think it’s a positive to get the car faster and lighter.”
Wide-ranging changes are planned to F1 cars for 2021 in order to improve the quality of racing, but Magnussen says refuelling is “a big one” which should happen.
Kevin Magnussen: “Also, more equal resources for the teams to have closer competition between the front and back of the field.”