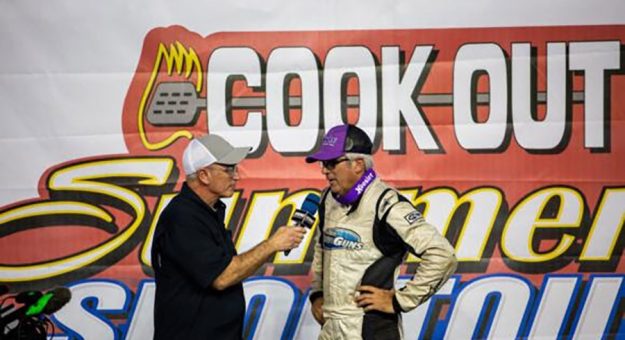 CONCORD, N.C.  – There were plenty of dad jokes on display for “Dad Appreciation Night” at Charlotte Motor Speedway, but when the green flag fell, it was no laughing matter as the “Crazy of Men of Motorsports,” the Masters division took to the track for a white-knuckled showdown on the frontstretch quarter-mile at America’s Home for Racing. After a fender-bending affair, it was Mark Green who emerged victorious during Round 3. Carl Cormier, Brandon McKenzie, Robby Faggart and Lee Jordan rounded out the top five. “We’ve got a good group of racers (in the Masters division) this year. In a Young Lions race marred by seven cautions, Joel Smith bested the field and roared to his first win of the 2022 CookOut Summer Shootout campaign. Smith started on the pole, but had to hold off a hard charging Carson Haislip, who won Round 1, and Joshua Dickens. Top 10 in each division of Tuesday’s races (unofficial results):.