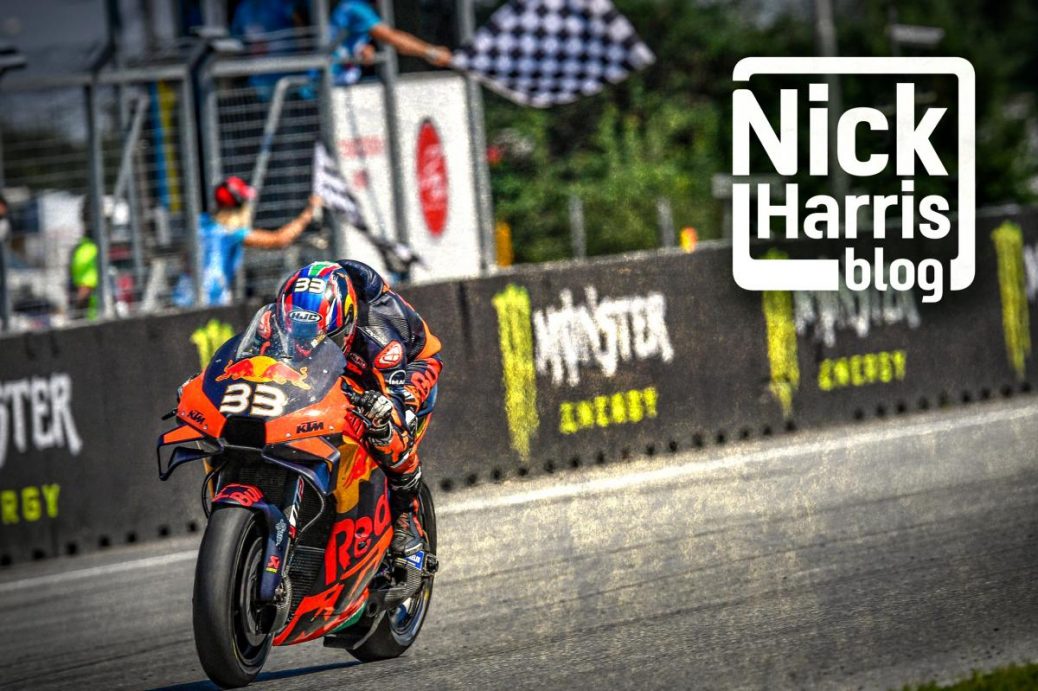 Brad Binder’s truly memorable ride into the history books and then his immaculate calm TV interview with Simon Crafar in the Brno pit lane afterwards made me smile. Memories of another great South African World Champion, the Brno road circuit and the apprenticeship as a Grand Prix reporter. Forty years ago, I travelled to report on the Czechoslovakian Grand Prix on the old Brno road circuit. It was my first season as a Grand Prix reporter, and I was keen, very keen, too keen. A week later I drove to an iconic venue for the final round of the 350 cc World Championship. As I drove into the paddock Jon Ekerold was waiting for me at the gate. In 1983 Kenny Roberts was fighting like a true champion to win back the World title he had last won three years earlier.