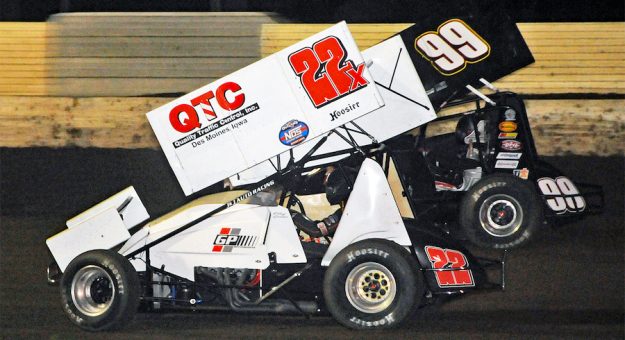 Goodno Is Good Enough In Iowa

ELDON, Iowa — Riley Goodno broke into Sprint Invaders victory lane for the first time by topping Thursday night’s 20-lap feature atop the half-mile Eldon Raceway dirt oval. After starting fifth, Goodno slid past early leader Bret Tripplett on a lap-six restart and led the rest of the way to secure the win aboard the Quality Traffic Control No. It wasn’t without some pressure though, as Tripplett fought back in the latter stages in traffic only to climb Goodno’s right rear and go for a wild ride in turn three with four laps remaining. Goodno made his way to second by the firth round when previous second-runner Kaley Gharst spun getting into turn one and flipped, collecting Cam Martin. Goodno made quick work of Tripplett on the restart and then survived traffic long enough before Tripplett tripped over a right rear to end his night.