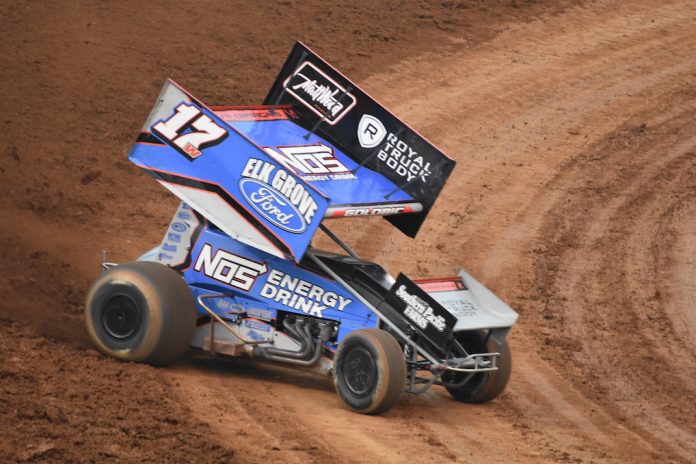 PLACERVILLE, Calif. — Shane Golobic won the 30-lap Tribute to Mac Tiner sprint car event at the Placerville Speedway on Saturday night. A fast-closing Colby Copeland seemed to come out of nowhere to take the runner-up spot, followed by Blake Carrick, J.J. Hickle and Tanner Carrick. Golobic, who started from the outside pole, quickly took command of the race coming out of the second turn. The race would only go two laps before the first of three red flag stoppages occurred as Michael Ing took a tumble going down the backstretch. Golobic was leading the Tanner Brothers and Willie Croft as the race restarted. By the halfway mark Golobic commanded the front while both Tanner Carrick and Croft were struggling and losing spots rapidly. By lap 26, he had moved into the second spot but ran out of laps before he could challenge Golobic.