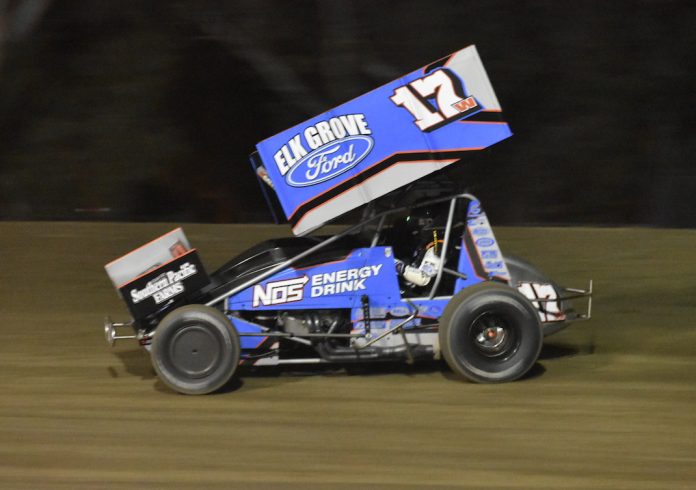 HANFORD, Calif. — Shane Golobic won the 30-lap King of Thunder 360 Series opener at Peter Murphy’s Keller Auto Speedway on Saturday night. The bobble sent Golobic wide and nearly off the track and leaving an opening for Macedo to take the lead after starting in the second row. The track’s yellow lights would come on, however, on lap three when Jared Faria spun in the second turn. The restart was aborted when Joey Ancona stopped on track in the fourth turn before the field could complete a full lap. Another caution slowed the race two laps later when Colby Thornhill spun in turn two. The restart allowed Macedo to take his turn again at the front as he passed Golobic with a high move coming out of the second turn. With a clear track after the restart, Golobic clicked off the remaining laps and bested a persistent Macedo.