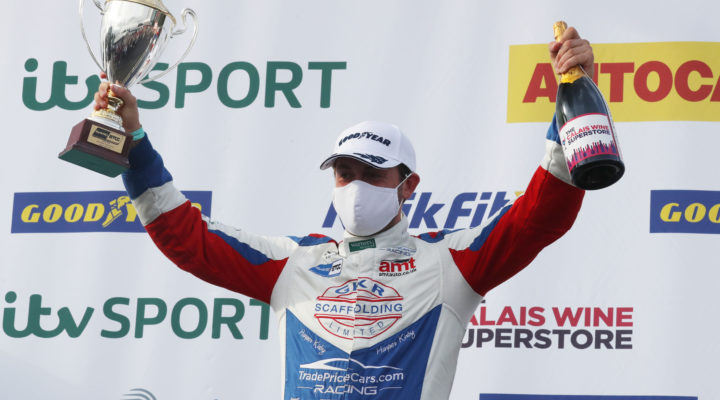 The GKR TradePriceCars.com team was able to celebrate a second successive win in the Jack Sears Trophy at the end of a tough weekend of racing as the Kwik Fit British Touring Car Championship headed for Oulton Park for the third event of the year. James would find himself 22nd on the grid for the opening race, despite setting a time just 1.3s off pole position, but Bobby would fail to set a time after a spin at Cascades on his first flying lap left him starting from 27th and last on the grid. James meanwhile would run inside the top 20 throughout and crossed the line in 18th despite suffering visibility problems throughout the race. Race two would be one of mixed emotions for the team, with James the unfortunate victim of contact, leading to his retirement on the fourth lap. He was further rewarded afterwards with the reverse grid pole for race three. “I knew in races one and two that we could make up places and pick people off if we were careful and I was hoping it would stay wet for race three but it wasn’t to be.