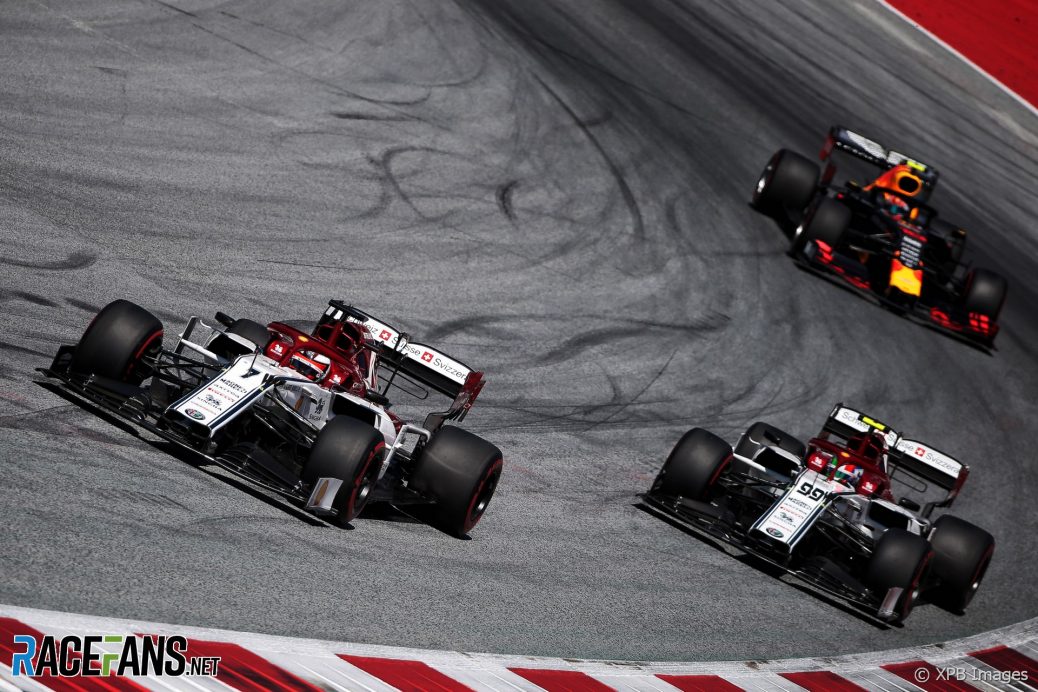 Giovinazzi: The other driver having a tough time against his team mate | 2019 team mate battles: Raikkonen vs Giovinazzi

Giovinazzi’s sole appearance in the top 10 contrasts with eight for his team mate.
He narrowed the gap to Raikkonen in qualifying, made his Q3 debut in Azerbaijan and beat his team mate to eighth on the grid – only too pick up a penalty for a power unit change.
Sure enough, Giovinazzi has usually trailed his team mate on Sundays.
Still, Raikkonen suffered the same fate, and he had finished ahead of his team mate.
Based on his season so far it’s hard to make a strong case for Alfa Romeo giving Giovinazzi a second season, even though he’s up against one of the best in the business.