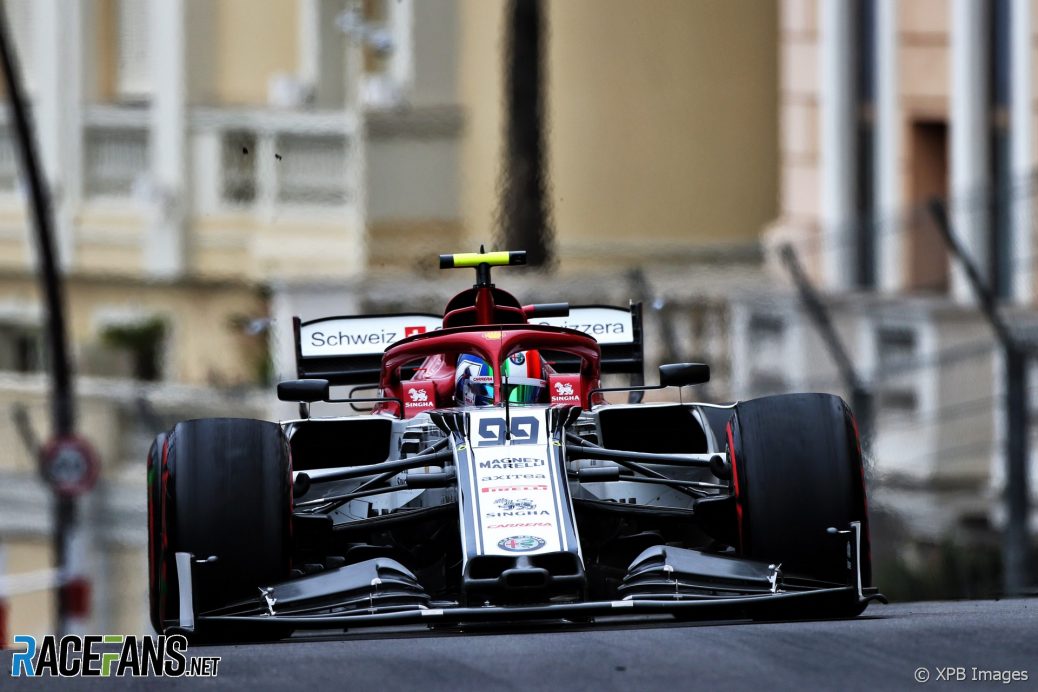 Antonio Giovinazzi has been given a three-place grid penalty after the stewards ruled he held up Nico Hulkenberg during qualifying.
The stewards noted Alfa Romeo left it very late to warn Giovinazzi about Hulkenberg.
the stewards: “The stewards considered that as the driver of car 99 was on a set-up lap, he had the opportunity to give more room regardless of whether he received a warning from the team.”
the stewards: “The stewards therefore determined that the impeding was unnecessary, and ordered a three grid place drop, consistent with past practice.”
Giovinazzi was also given a penalty point for the infringement.