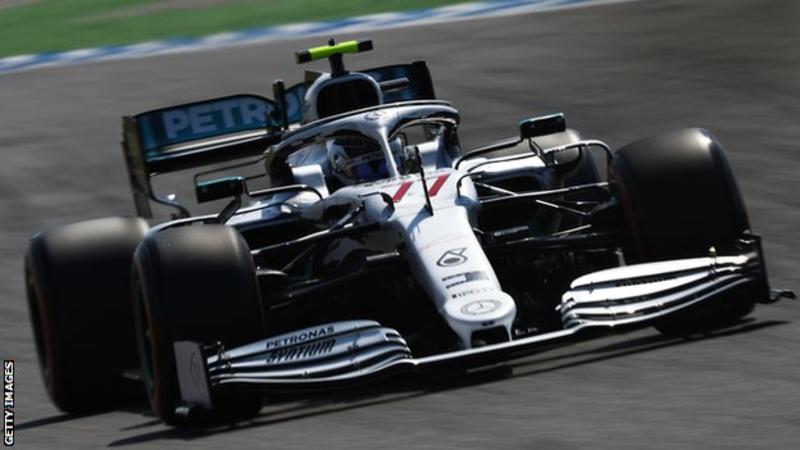 Sebastian Vettel led Charles Leclerc in a Ferrari one-two in first practice at the German Grand Prix.
For a start, Vettel and Leclerc were on the soft tyre for their fastest times, and Hamilton on the slower medium when he set his.
And the Mercedes were 0.3secs quicker than Leclerc when both were on the fastest ‘soft’ tyre in the first part of the session.
Earlier in the session, when Bottas led the way from Hamilton and Leclerc all running softs, Verstappen was running mediums and was only 0.3secs off the front and more or less at the same pace as the Ferrari.