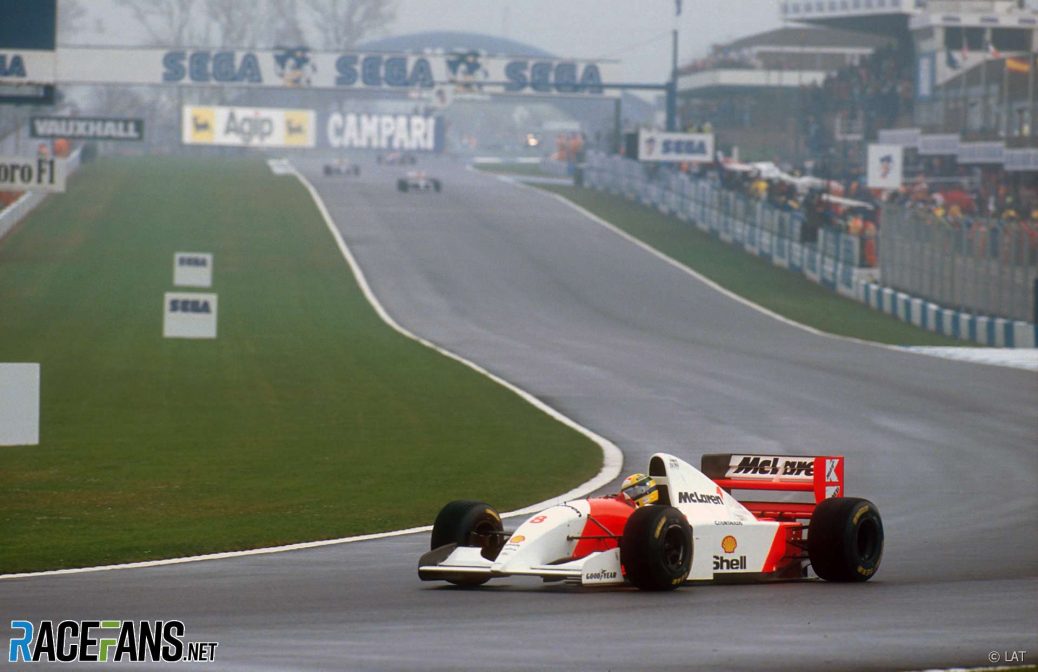 Red Bull team principal Christian Horner described last weekend’s German Grand Prix as a “thriller” on a par with F1’s celebrated 1993 race at Donington Park.
But Horner believes Max Verstappen’s drive to victory at the Hockenheimring last weekend, in a race of similarly unpredictable conditions which saw a total of 78 pit stops, bears comparison.
Christian Horner: “It was a bit like Donington 1993 I think.”
Both Red Bull drivers suffered poor starts to the race, which Horner confirmed was due to engine mapping problems.