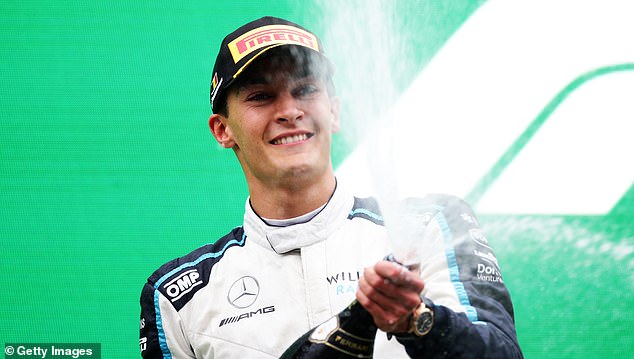 George Russell WILL be named in Mercedes’ 2022 line up after superb year in F1… but the decision has ‘gone down like a lead balloon’ with Lewis Hamilton, who is unhappy to lose ‘compliant’ team-mate Vatterri Bottas

George Russell is set to be named as a Mercedes driver next year — a decision that has gone down ‘like a lead balloon’ with Lewis Hamilton. Hamilton, 36, has repeatedly spoken of his preference for sticking with Bottas and as recently as July he said: ‘Valtteri is the best team-mate I have ever had. He drove superbly when Hamilton was laid up with Covid and jumped into an unfamiliar Mercedes to nearly win the Sakhir Grand Prix in Bahrain last season. Hamilton basically crawled off his sick bed to deny Russell another crack as his stand-in at the final race in Abu Dhabi.