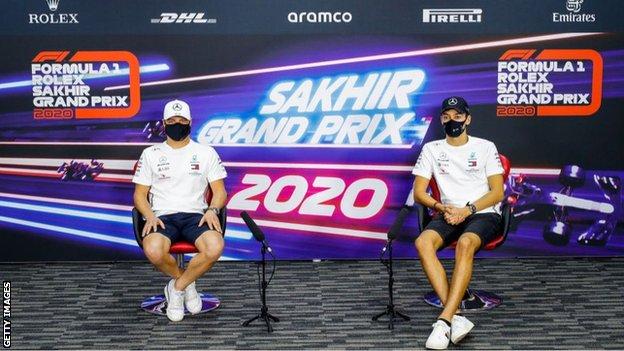 Hamilton has had to miss the race because he tested positive for coronavirus and Mercedes negotiated a temporary release for Russell from his Williams team. “I am being thrown in at the last opportunity,” the 22-year-old said. Russell said the first indication he could be in the Mercedes this weekend was a phone call from team boss Toto Wolff at 02:00 on Tuesday. “I was actually in the bathroom, which was slightly awkward.” Russell said. At 6ft 1in, Russell is five inches (14cm) taller than Hamilton and said it had been a “tight fit” getting him into the car. Russell said he had yet to speak to Hamilton, who is isolation following his positive test, but that he expected to over the course of the weekend.