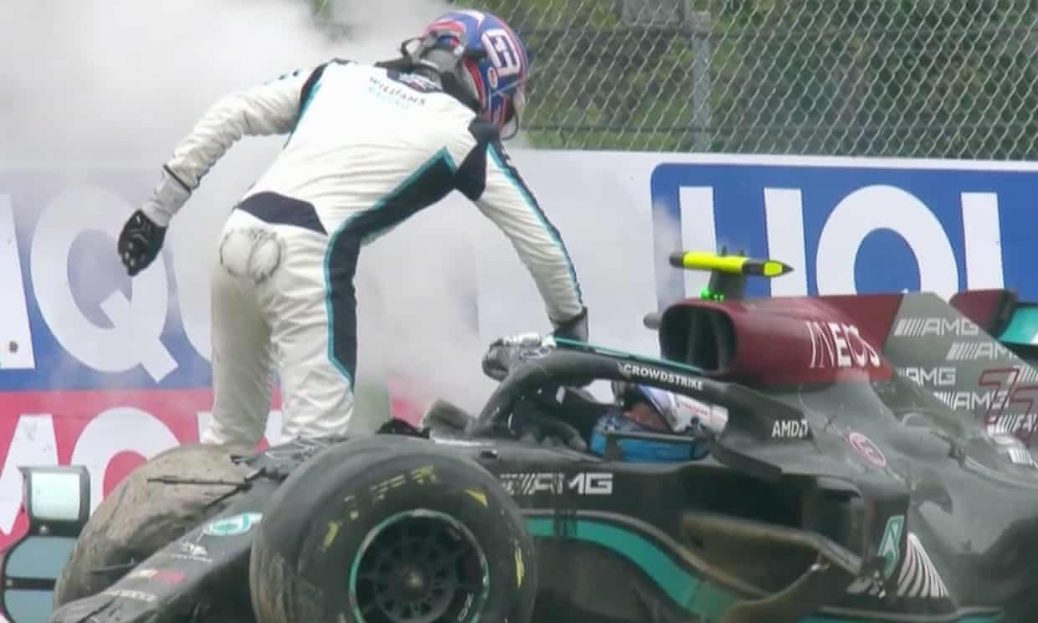 The British driver had been admonished for the incident and for his subsequent comments by the Mercedes team principal, Toto Wolff, and Russell, who is a Mercedes junior driver and hopeful of being given a seat with the team in future, has attempted to ease tensions with Mercedes. Russell, who drives for Williams, crashed into the Mercedes of Bottas, attempting to pass him on the approach to Tamburello. Russell is now in his third season in F1 and last year deputised for Lewis Hamilton at Mercedes in the Sakhir GP when the world champion had contracted Covid-19. Wolff and others widely praised him at the time and he was viewed as highly likely to be given a seat at Mercedes for 2022.