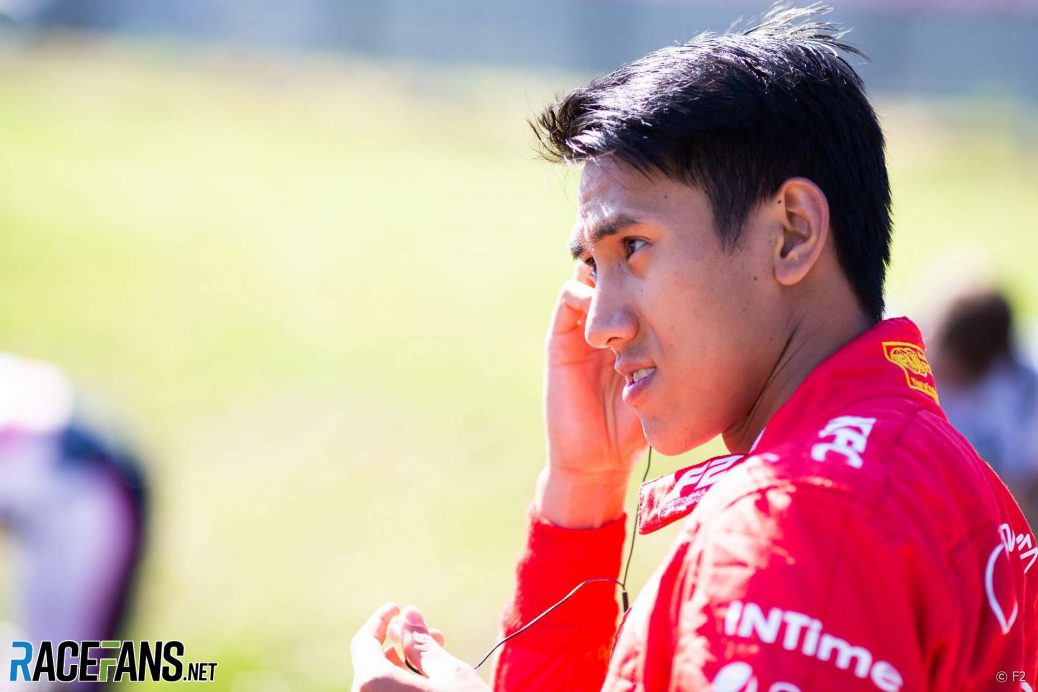 Gelael was close to ban before F2 walk-out | Formula 2

Formula 2 driver Sean Gelael sat out both races at Silverstone after moving within two penalty points of a one-race ban due to an incident in practice.
The Prema driver withdrew from the weekend shortly before the first race on Saturday after the stewards revised their original assessment of his collision with Louis Deletraz and handed him a three-place grid penalty in addition to the licence endorsement.
It would have dropped Gelael from 18th to 20th and last on the grid.
Formula 2 CEO Bruno Michel expressed sympathy for Gelael over the handling of the matter.