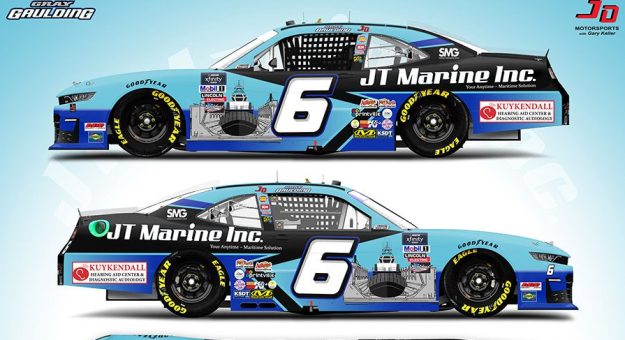 GAFFNEY, S.C. – Standout Management Group (SMG) and NASCAR driver Gray Gaulding announced the return of sponsor JT Marine headquartered in Vancouver, Washington. Gray will be partnering with JD Motorsports for Saturday’s Pacific Office Automation 147 at Portland International Raceway competing in the #=No. 6 JT Marine Chevrolet Camaro.Gaulding, who will be competing in only his second race of 2022 is returning to the Xfinity Series after a 21st-place finish at Talladega Superspeedway on April 23. Timo and his team connected with us back in 2019 to sponsor races at Las Vegas, Kansas, and Phoenix. “NASCAR has always upheld the values that we have built our company on, and we are thrilled to see Gray carrying on that tradition.