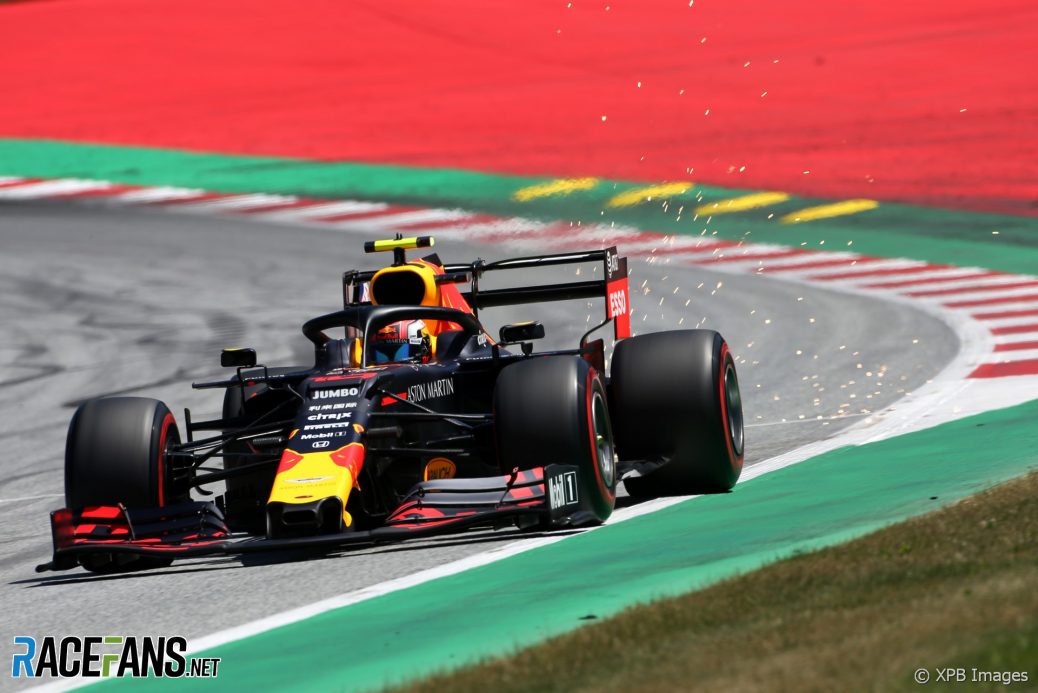 Pierre Gasly, who qualified ninth for the Austrian Grand Prix, says a mistake at turn one cost him fifth place.
“Then Q3 the first run wasn’t ideal and then [on the] second run I arrived in turn one and lost the car on the entry.”
“After that the rest of the lap was good, just a mistake in turn one cost me the fifth place.”
Gasly doubted he could have qualified higher than fifth.
Gasly: “So I’m quite disappointed with myself with the mistake in turn one.”