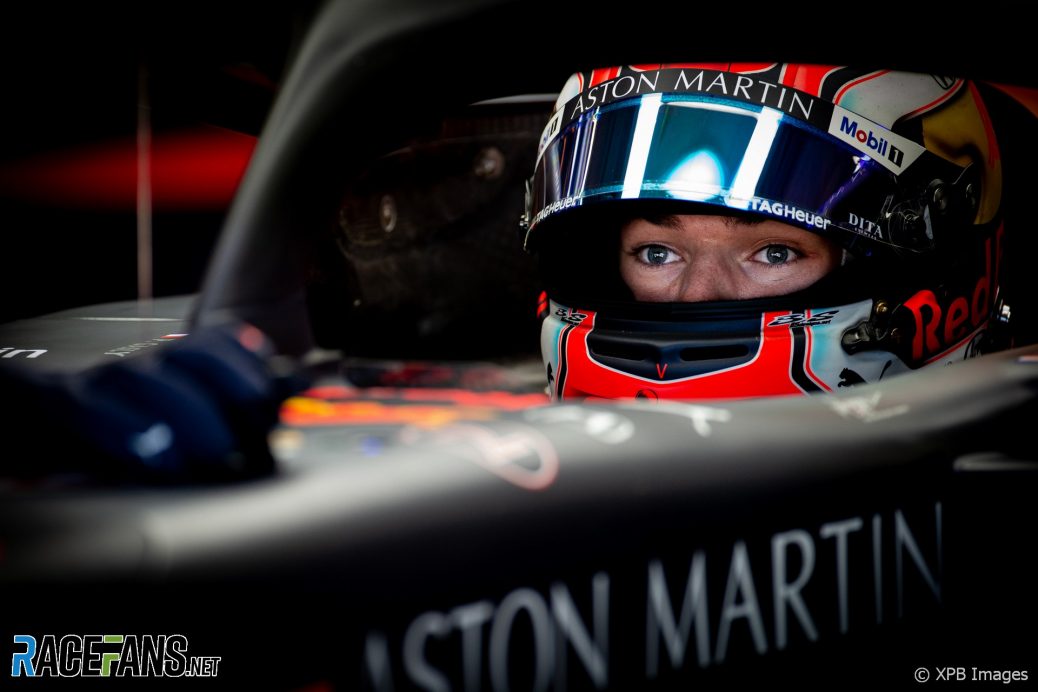 Pierre Gasly led the way in first practice at Silverstone as a new track surface and mid-session shower caught several drivers out.
One of the first drivers to run into trouble was Romain Grosjean, who knocked the front wing off his Haas in a bizarre incident at the it lane exit.
Grosjean had a further spin later in the session at Luffield, this time without damaging his car.
Despite the tricky conditions, Gasly’s best time was three-tenths of a second faster than the quickest lap from the same session 12 months ago.
Browse all 2019 British Grand Prix articles.