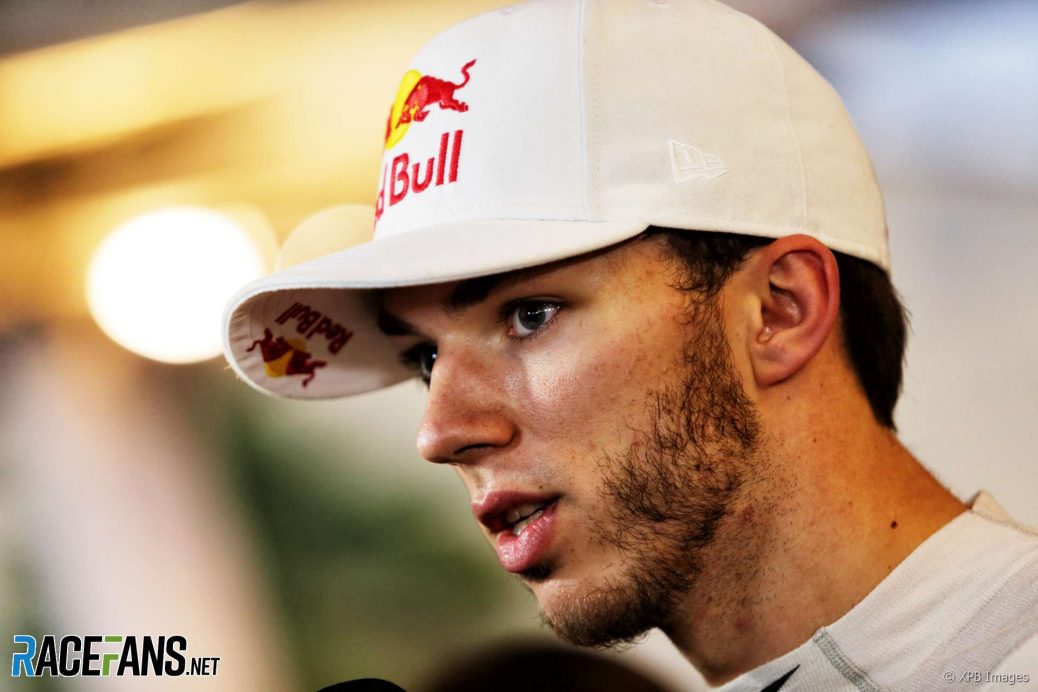 Romain Grosjean apologised to Pierre Gasly for the collision between the pair during final practice for the Abu Dhabi Grand Prix.
The pair made contact approaching turn 17 as Gasly appeared to gesture in frustration at Grosjean, who was driving slowly on the racing line.
Gasly said Grosjean told him he wasn’t aware the Toro Rosso was catching him at the time.
The stewards: “The driver of car 10 [Gasly] conceded that he did not think the driver of car eight [Grosjean] was able to see him and it was noted that the closing speed differential was well in excess of 120 kph.”