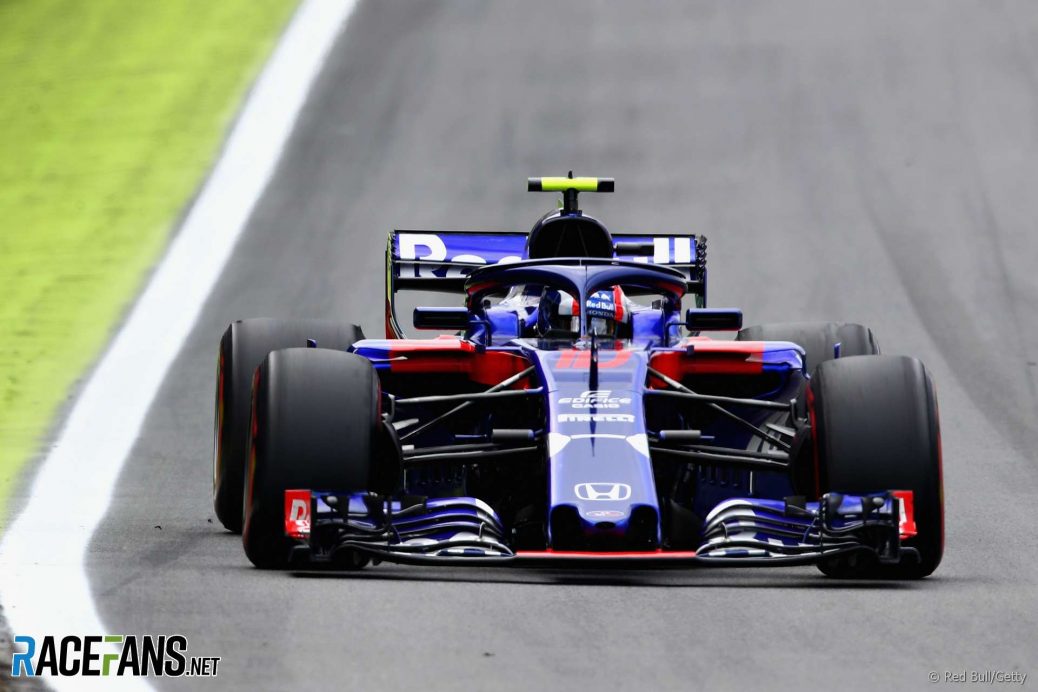 Pierre Gasly said he ignored Toro Rosso’s orders for him to let Brendon Hartley past because there was “nothing to play for” in the race.
Gasly was told repeatedly in the closing stages of the race to let Hartley through, for a period of approximately eight laps.
Gasly: “I just told them OK, if he is faster he can overtake me but for some reasons I don’t know he didn’t do it for 10 laps.”
Hartley said he didn’t try to force his way past Gasly because the team told him he would be let through.