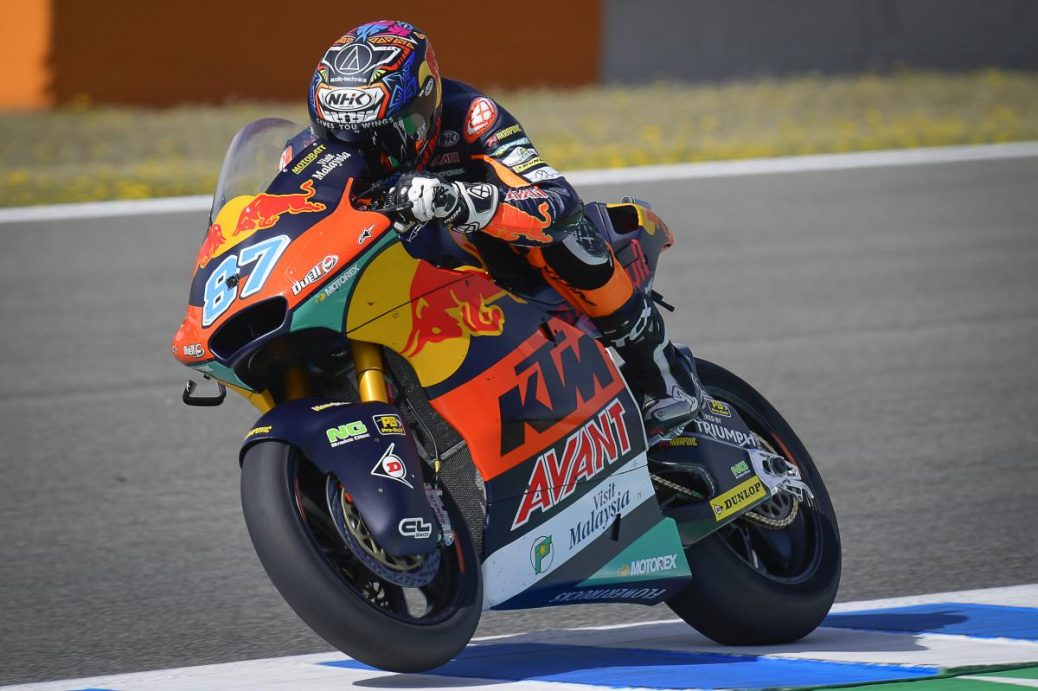 Red Bull KTM Ajo’s Remy Gardner left it late to jump to the top of the timesheets in the opening Moto2™ session at the Red Bull Grand Prix of Spain, eventually ending up over a tenth clear of SKY Racing Team VR46’s Marco Bezzecchi. Third overall on Friday morning was Sam Lowes (Elf Marc VDS Racing Team) but the Briton’s session was overshadowed by a late crash at Turn 6. The top six were separated by only a quarter of a second as Raul Fernandez (Red Bull KTM Ajo), Jorge Navarro (Lightech Speed Up) and Fabio Di Giannantonio (Federal Oil Gresini Moto2) all proved they’re contenders for victory this weekend.