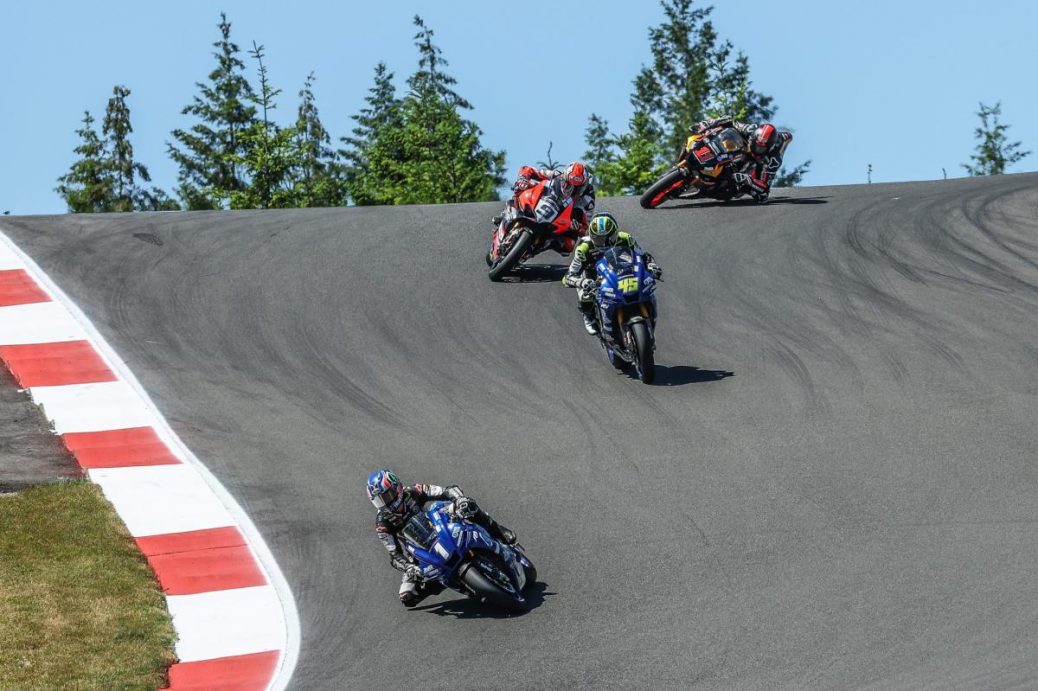 Gagne closes the gap to Petrucci in MotoAmerica title chase

Fresh N Lean Progressive Yamaha Racing’s Jake Gagne had a perfect weekend in the Pacific Northwest, the defending MotoAmerica Medallia Superbike Champion breaking the lap record at Ridge Motorsports Park while qualifying on pole position, and then winning both Superbike races over the course of the Dynapac MotoAmerica Superbikes At The Ridge weekend. Although a rough start to the 2022 season means Gagne only has six podium finishes in the 10 races held thus far, five of those podiums have been victories. At the finish line, Gagne was 4.578 seconds clear of Petrucci, who in turn was just a second ahead of Petersen. Westby Racing’s Mathew Scholtz matched his fourth-place finish from Saturday with another fourth on Sunday, the South African losing his hold on second in the title chase to Gagne after holding it for the first nine races. Tytlers Cycle’s PJ Jacobsen was a lonely ninth with David Anthony riding the injured Jake Lewis’s Vision Wheel M4 ECSTAR Suzuki to 10th. Tytlers Cycle/RideHVMC Racing’s Travis Wyman was another who crashed out of the race.