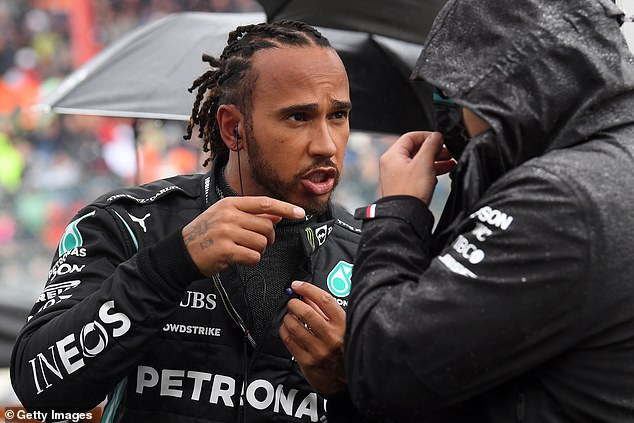 Lewis Hamilton accused Formula One bosses of putting money first and called on them to refund fans who sat drenched through a ‘farcical’ Belgian Grand Prix. The seven-time world champion was furious after the sport staged just the mandatory two laps required for a race to stand after nearly four hours of dithering in the rain. Hamilton, who finished third in the non-event won by his title rival Max Verstappen, said: ‘Today was a farce and the only people to lose out are the fans who have paid good money to watch us race. Two laps behind a safety car where there is no possibility to gain or lose a place is not racing. There is a rule that says for it to be a legal race there has to be a minimum of two laps. I don’t know if us doing those two laps means they don’t.