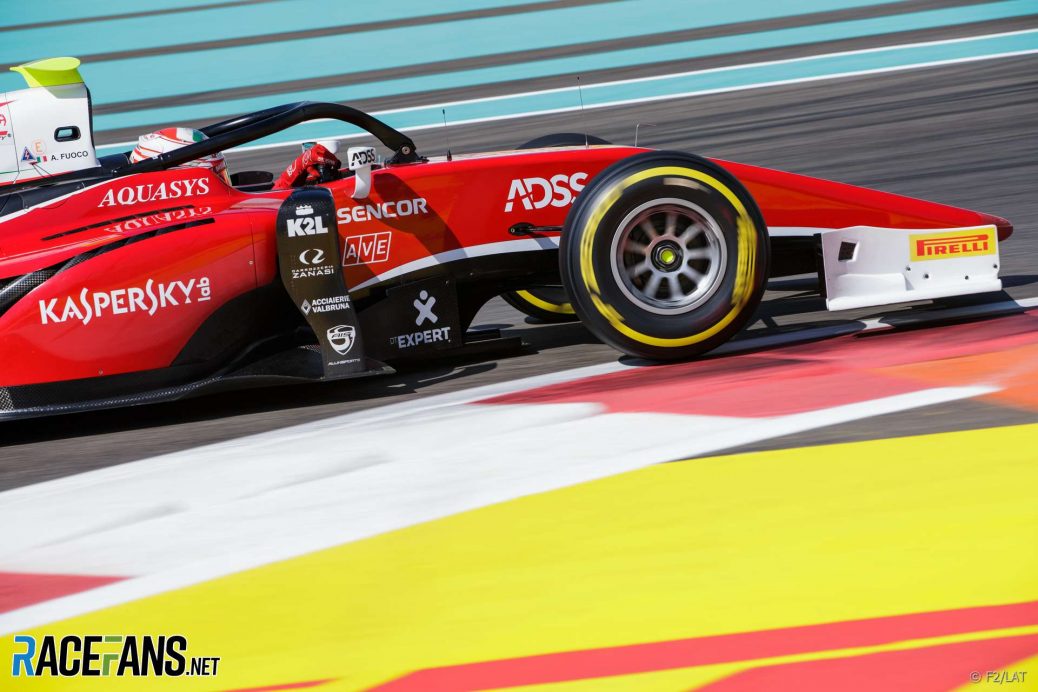 Antonio Fuoco brought the Formula Two season to an end with his second victory of the year as a total DRS failure hit the entire field in Abu Dhabi.
With five cars out it was shaping up to be a race of attrition, Fuoco largely unchallenged for the lead he’d grabbed at the start.
The rest of the action waited for the penultimate lap, when Albon managed a move on Ghiotto for eighth in a valiant attempt to keep second-place in the drivers’ championship, after losing first to Russell yesterday.