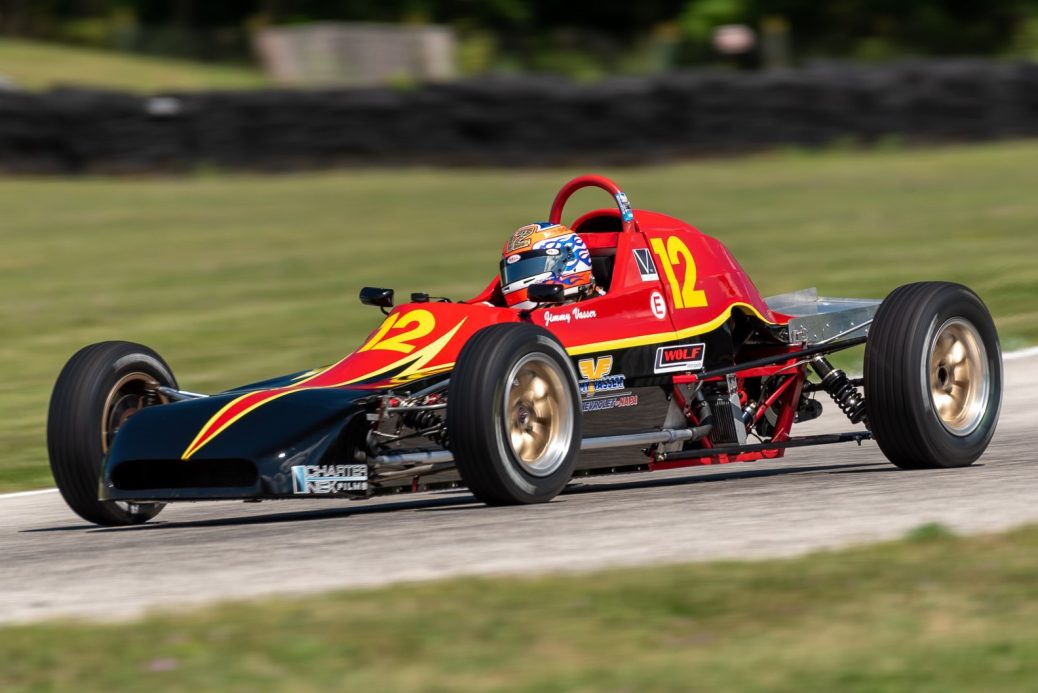 Fun, Competitive Juices To Flow for Vasser in Vintage Race

Jimmy Vasser, the 1996 INDYCAR SERIES champion, will jump back into a race car with a familiar paint scheme this weekend at Indianapolis Motor Speedway, although the No. Vasser will compete alongside six other cars of Elkhart Lake Vintage Motorcars, a Wisconsin-based team he has driven with on a few occasions in recent years. “They’re good people, good to hang out with, and I enjoy getting a kick out of it,” Vasser said of driving the group’s car. Twelve Crossle Formula Fords are entered in the Saturday-Sunday event, three by Elkhart Lake Vintage Motorcars. Vasser, 56, met team owner Rod Bolhous, a former club racer, four years ago in Elkhart Lake, and the joke is that it took nearly three years to get him in a car in a competitive event.