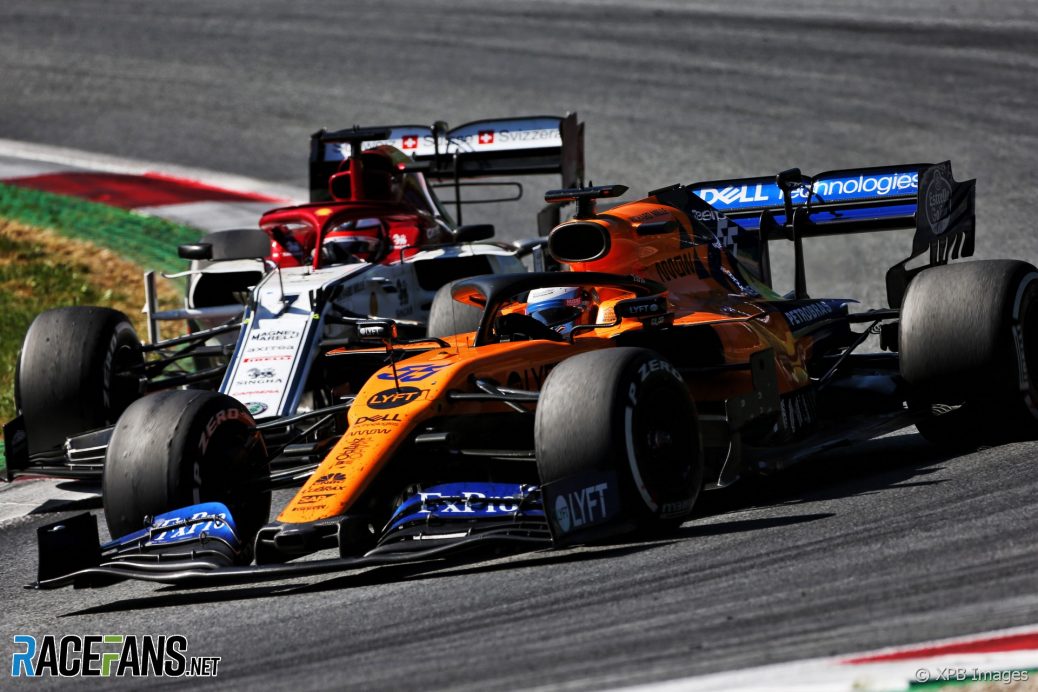 Carlos Sainz Jnr says he isn’t sure how he picked up the front wing damage which spoiled his charge through the field in the Austrian Grand Prix.
After the race Sainz said he didn’t know how the damage had happened.
Sainz had strong pace up until that point and was catching his team mate Lando Norris and Pierre Gasly in their battle for sixth place.
Carlos Sainz Jnr: “Then towards the end seeing Gasly and Lando they’re catching half a second per lap or more, it was really good fun I was enjoying a lot.”