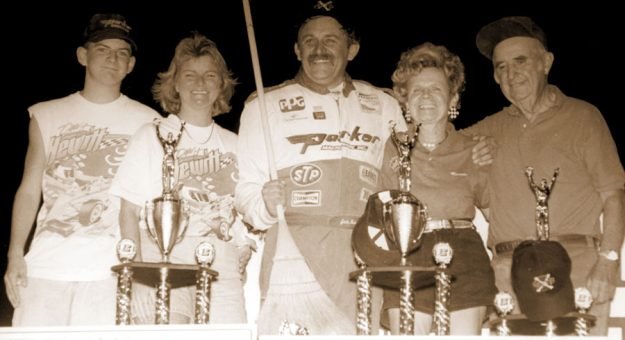 From The Archive: Hewitt’s Crowning Achievement

Editor’s Note: In 1998, Jack Hewitt won all four features during the 4-Crown Nationals at Ohio’s Eldora Speedway. But at the finish Hewitt climbed from the car in victory lane to celebrate. “It’s still hard to believe that I did it,” Hewitt said recently, recalling the moment. “You say you’re going to win each race and that’s your goal,” he said. “And believe it or not a lot of people say it was their first time at Eldora. But Hewitt is quick to add that he’s happy in his life today. Hewitt is convinced the passing of time will make it more difficult for people to believe his sweep of the 4-Crown really happened. “It’s still hard for me to believe anybody could be that lucky. “I mean, think about it: I can hardly believe it happened and I did it,” Hewitt continued.