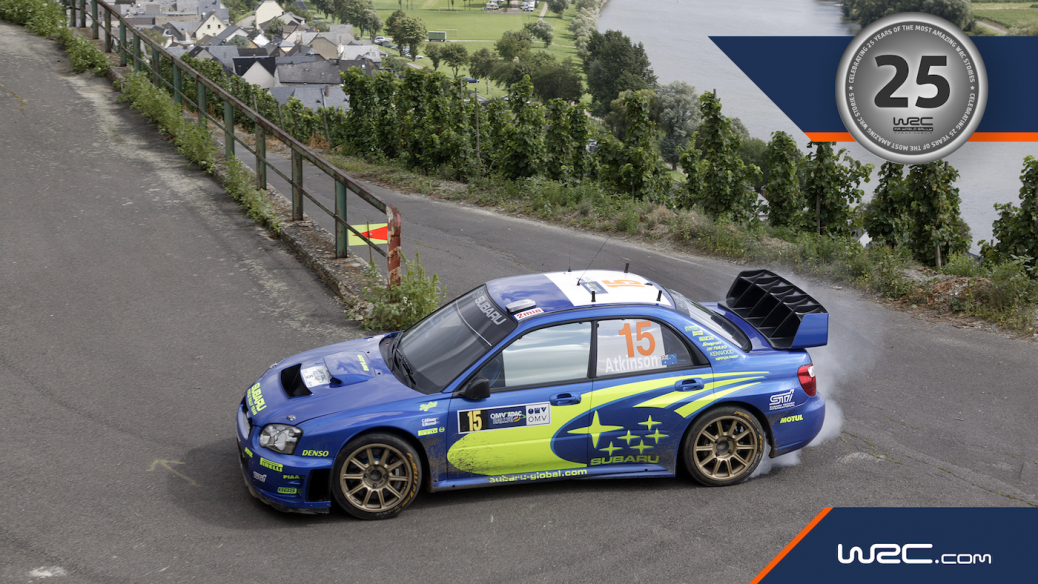 Just two drivers from Australia, a country which has hosted the FIA World Rally Championship on 25 occasions, have graced the podium. Spotted by Suzuki in 2003, the Japanese manufacturer lifted Atkinson from the Australian Championship and took him to the Asia Pacific series. That result and a stunning fifth overall in a Group N Subaru Impreza at the WRC-qualifying Rally Australia put Atkinson on the radar of the Subaru World Rally Team. Ten rallies and six months later – and still in his rookie season – Atkinson was leading Rally Japan. By the end, he’d slipped back to third, but his first WRC podium was in the bag. Through 2008, Atkinson outscored Solberg on seven rallies and finished ahead of the Norwegian in the championship standings.