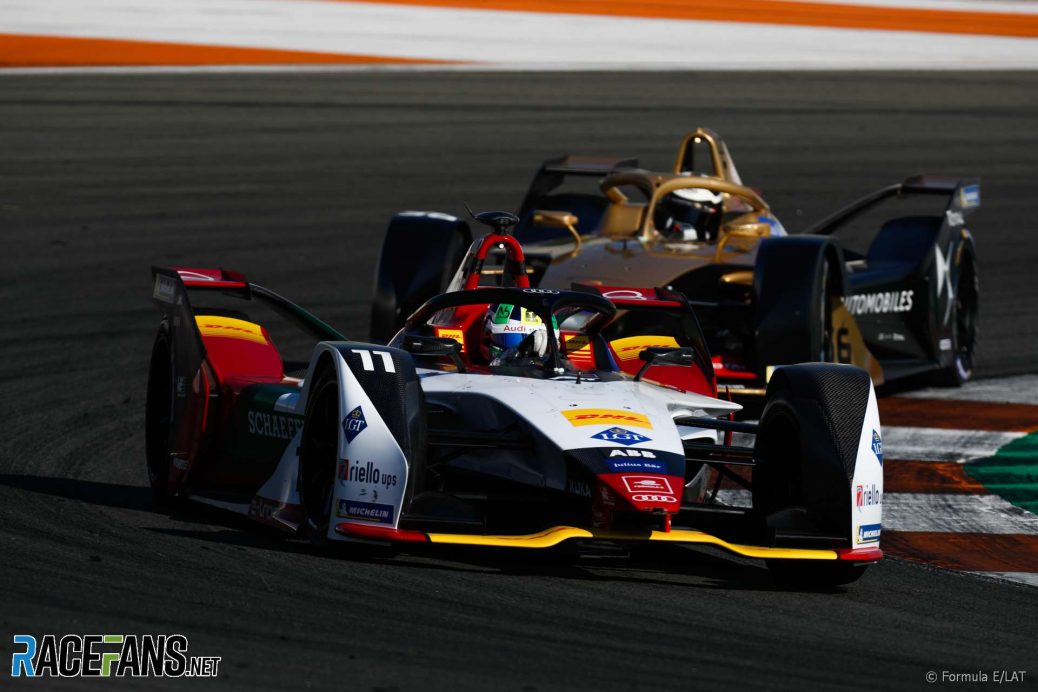 This limitation led to the need to swap cars halfway through race distance, creating a spectacle you either think of as iconic and important to revive at the Goodwood Festival of Speed 2048 or an embarrassing abomination against racing.
Mimicking the push-to-pass lights in Japan’s Super Formula championship, an LED array on the Halo will be used during races to indicate what mode a driver is using and whether they have activated extra energy output.
The compressed schedule of a Formula E weekend leaves less far time for teams to have their simulators running than in F1, whose competitors have a 48-hour stretch from first practice to the race.