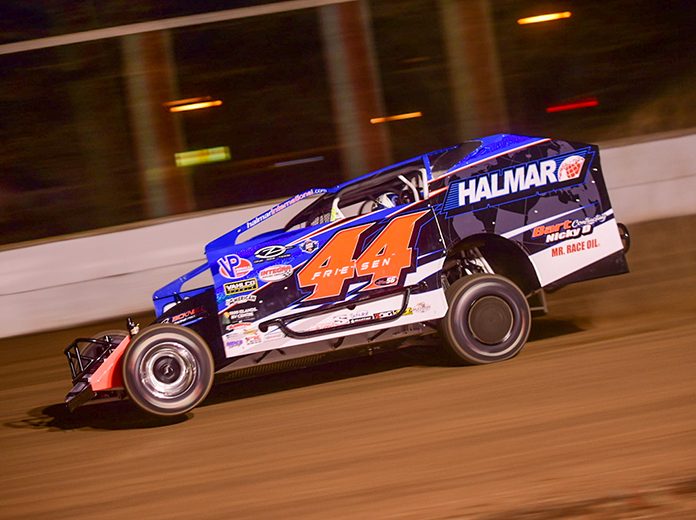 FONDA, N.Y. – Stewart Friesen closed a busy day by winning Saturday’s modified feature at New York’s Fonda Speedway. “Honesty, it’s not that hard,” Friesen said Saturday night. Since his Fonda 200 win in 2019, Friesen has won nine out of the last 10 races he’s entered at the Montgomery County dirt oval. “I wanted to be home for the opener in the worst way,” he said. Following the race at Richmond, Friesen hopped on a plane and traveled north to New York so he could make the race at Fonda. “I wanted to restart on the top and stay smooth,” Friesen said. This was the first race Fonda since Jack Johnson, a winner of 149 features at the track, died.