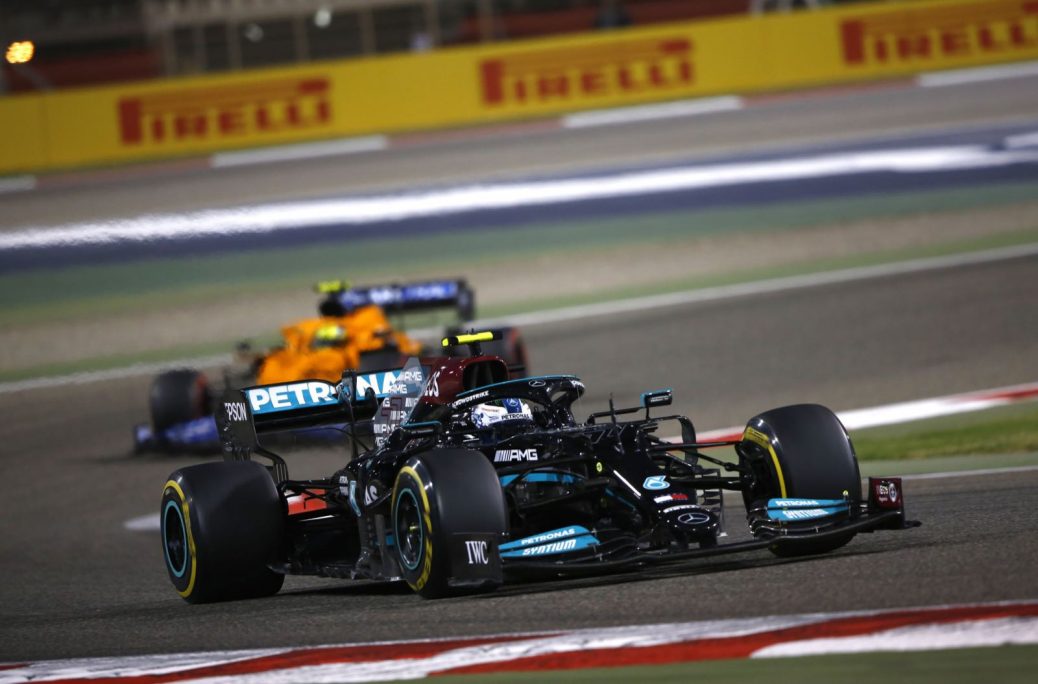 Valtteri Bottas edged his Mercedes teammate Lewis Hamilton by one-tenth of a second to post the fastest lap time in the second practice session for the Emilia Romagna Grand Prix. The session had to be red flagged for 10 minutes after Perez and Ocon tangled on the track. The ambient temperature at the start of the 60-minute FP2 session was 57 degrees Fahrenheit (14 degrees Centigrade) and the track temperature was 76 degrees Fahrenheit (26 degrees Centigrade). The order was: Bottas, Hamilton, Sainz, Perez, Verstappen, Leclerc, Tsunoda, Ricciardo, Ocon and Norris. The Mercedes teammates, meanwhile, remained in the pits until Hamilton went out on the softs with 35 minutes remaining. But while Bottas did not improve he remained in first ahead of Hamilton (by one-tenth of a second), Gasly, Sainz, Leclerc and Perez. The session was red flagged with three minutes remaining when Leclerc hit the wall t. The top 10 at the end of FP2 were: Bottas, Hamilton, Gasly, Sainz, Leclerc, Perez, Tsunoda, Norris, Giovinazzi and Stroll.