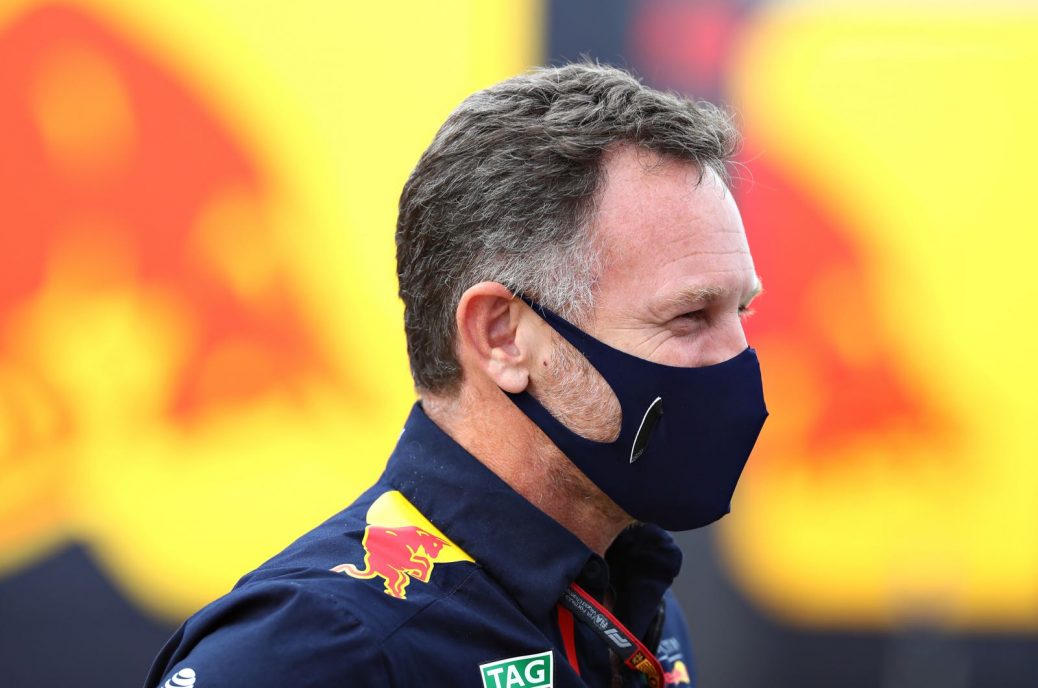 (Part One): Christian HORNER (Red Bull Racing), Toto WOLFF (Mercedes). Q: Do you think you’re on the front foot after last weekend?. Horner: I think last weekend was a very strong weekend for us. Horner: I think it was a massive performance for us because we’ve seen Mercedes have been so strong there the last few times we’ve been at the circuit. Horner: Well, he played that role perfectly last weekend because he was an alternative strategy to Max, and he was close enough and competitive enough obviously to make it work. You can see he’s getting more and more comfortable in the team. Horner: Well, it’s been known about for some time and it’s… all credit to Dan to be selected to be their technical director. Horner: Well the technical directive is certainly very wordy and you’d almost have to question whether it’s a change of regulation. Horner: I think you can see there’s an awful lot of pointed activity in our direction at the moment – but that comes with the territory of being competitive. Horner: I think obviously a lot of noise was made about the rear wing. I think it’s been a tremendously difficult period to say goodbye to those people and, of course, that concludes at the end of the month. I think it’s much more straightforward having a competitor in the garage next to you rather than two competitors within your own garage, because you have a natural conflict of interest within your team there, within your own engineering team etc, whereas having the competition as the garage next door is much more straightforward and I think it focuses everybody’s mind and motivations. I think it’s healthy for the team and healthy for the sport. Horner: Well, I think it has already slowed pit stops this year. Horner: I think Toto has answered it very well and I think maybe he should explain it to his driver. I think it’s surprised some others but we’ve always known he’s extremely quick. He’s been comfortable with the team from the beginning and I think he’ll get stronger yet with time and races. How do you think the best way of going about this should be?