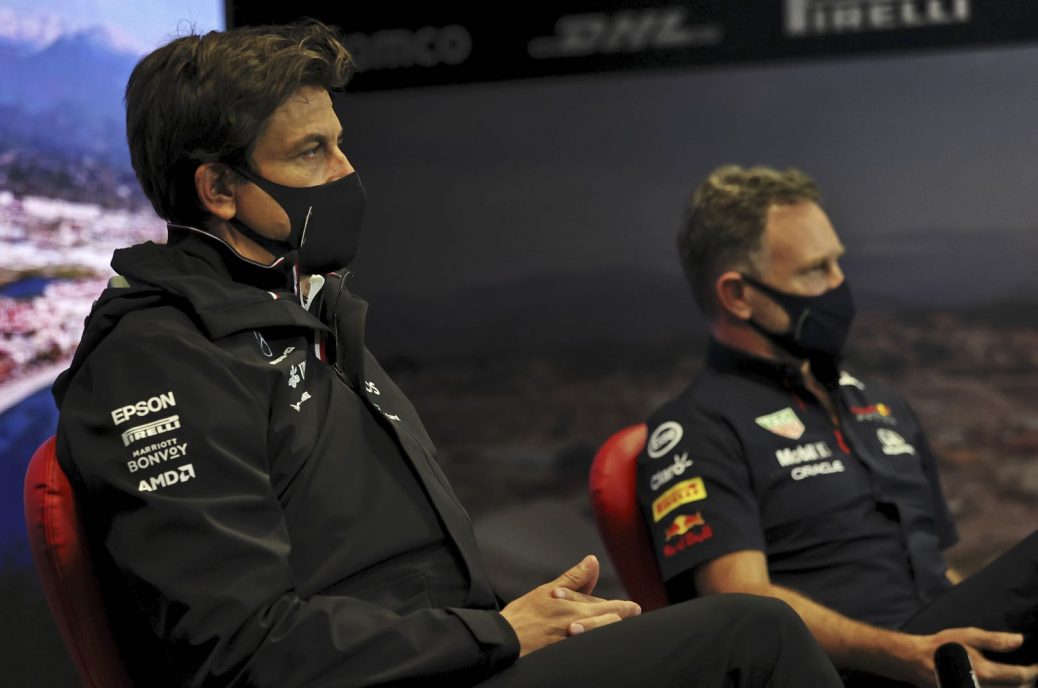 PART 1: Andreas SEIDL (McLaren), Toto WOLFF (Mercedes), Christian HORNER (Red Bull Racing). Q: And what will that victory do for Daniel Ricciardo, do you think?. Q: (Scott Mitchell – The Race) Question for Andreas please – but if Toto has anything to add, feel free – Andreas, what do you think the significance is of the team scoring its first win with Mercedes power at Monza and what does it say to the ultimate ambition of trying to become a World Championship-winning team again as an engine customer. It’s part of his make-up and I don’t think that’s going to change. It’s a good thing, anything that gives young drivers an opportunity to get some time. Budkowski: I do agree, we do our regular competitive analysis for the whole package, for the chassis, for the power unit, we look at the numbers after each race. Budkowski: It’s the case, because he’s been extremely regular, he’s been consistent, scoring points at every race and we all know that in terms of race craft Fernando is still at the very top of his game and probably one of the best in the sport so he makes the best of every opportunity in the race and tends to score more points than the car is worth on that particular day and that’s why he’s there in the championship. Budkowski: First of all, we’re doing it already, so it’s not going to change an awful lot, this regulation, for us. Q: (Scott Mitchell – The Race) Marcin, about the Alpine academy and specifically Oscar Piastri. Budkowski: Well, the first thing I’d say is that I don’t remember us ever talking so much about young drivers which is fantastic. Even if he doesn’t win it, it’s a pretty strong three years for a young driver. Budkowski: Well, first of all, Danny is a great addition to the team. I think trying to focus on the young driver aspect of the question. Q: (Scott Mitchell – The Race) Marcin, just on the absence of a customer team for Alpine. Budkowski: I think you have to make the difference between a customer team and a partner team.