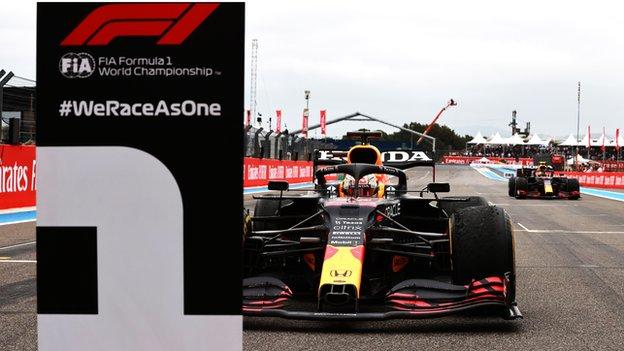 French Grand Prix: Did Mercedes lose it or Red Bull win it?

The obvious thing was for Mercedes to stop Hamilton on lap 18, too. But, with a 3.1-second lead over Verstappen, they felt safe to leave Hamilton out for one extra lap. Verstappen’s in-lap accounted for some of that – just under 0.6secs faster than Hamilton’s. And on what Horner described as a “stonking” out lap, Verstappen gained 1.6secs relative to Hamilton. And Horner felt Verstappen still would have won if Mercedes had pitted Hamilton for his first stop when they should have. On top of that, Verstappen would have been pitting from behind, not in front. Had Hamilton not done that, though, Verstappen could have looked after his tyres and just stayed out.