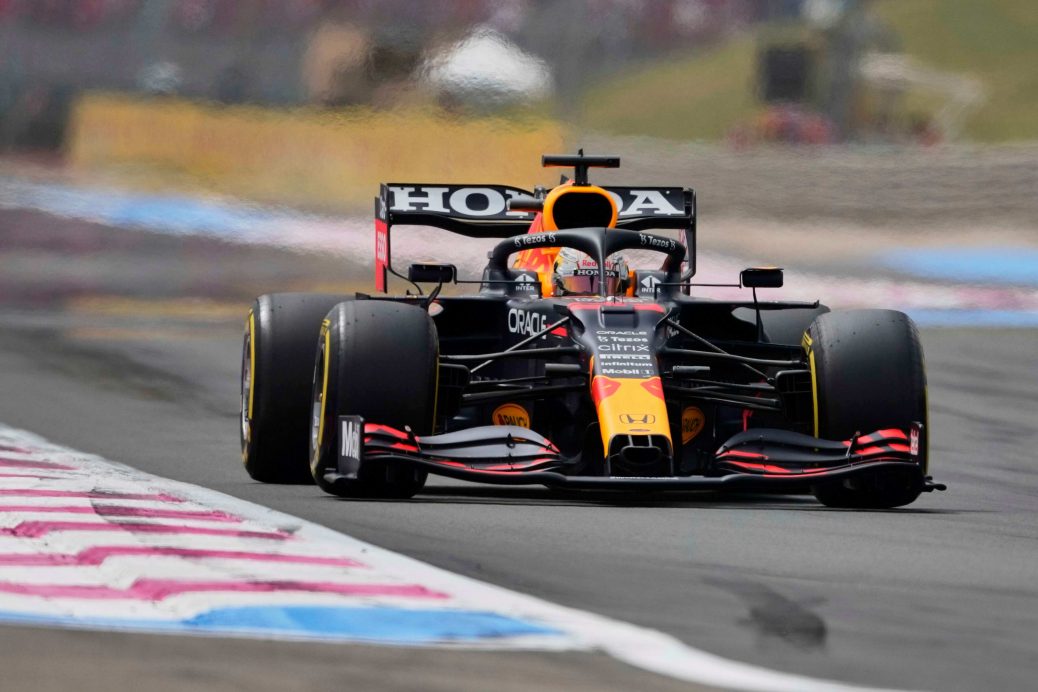 MAX VERSTAPPEN stormed to pole position at the French Grand Prix after holding off Mercedes duo Lewis Hamilton and Valtteri Bottas. The Dutch star, 23, recorded the only sub-1:30.00 lap to grab the top spot on the grid for Red Bull in Sunday’s race for the first time since the 2021 opener in Bahrain. Verstappen will now start on the front row alongside Hamilton, with Bottas and team-mate Perez in third and fourth respectively. Verstappen had gone quickest in Q1, marginally ahead of Hamilton, team-mate Perez and Bottas. Mercedes stormed to the top two positions in Q2, with Bottas and Hamilton leading Red Bull pair Perez and Verstappen. But Verstappen ensured Mercedes didn’t secure their first pole since Spain after Ferrari’s recent dominance on Saturdays.