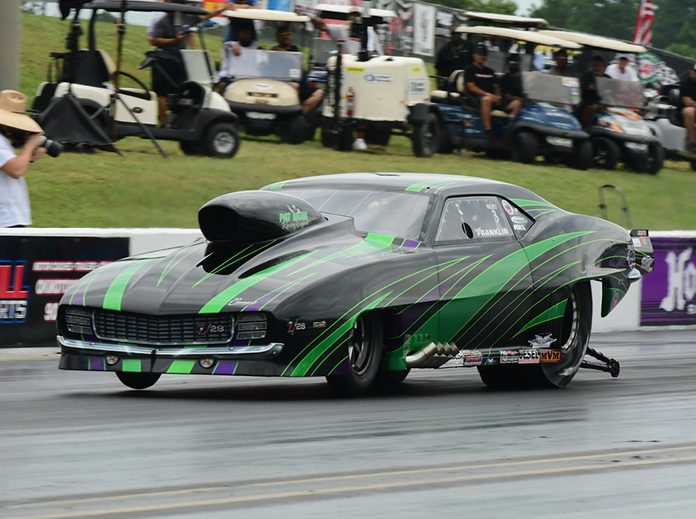 DINWIDDIE, Va. – Home track hero Tommy Franklin will chase his third consecutive Pro Nitrous victory from the No. Strickland’s 3.686-second run at 200.29 mph in his ProCharger-boosted GALOT Motorsports ’69 Camaro moved him just past Rivenbark, who ended up No. In the PDRA’s new small-tire class, Pro Street, Hamby shot to the top of the qualifying order with his 4.058-second run at 181.91 mph in his nitrous-assisted ’64 Chevy II. 1 spot in Elite Top Sportsman with his 3.804-second pass at 199.88 mph in his Buck-powered, nitrous-assisted ’17 Camaro. It was Klooster’s faster 175.96 mph speed that put him in the top spot going into Saturday’s final session. Duggins leads Top Dragster 32 with his 4.163-second run at 167.22 mph in his PAR-powered Maddox dragster.