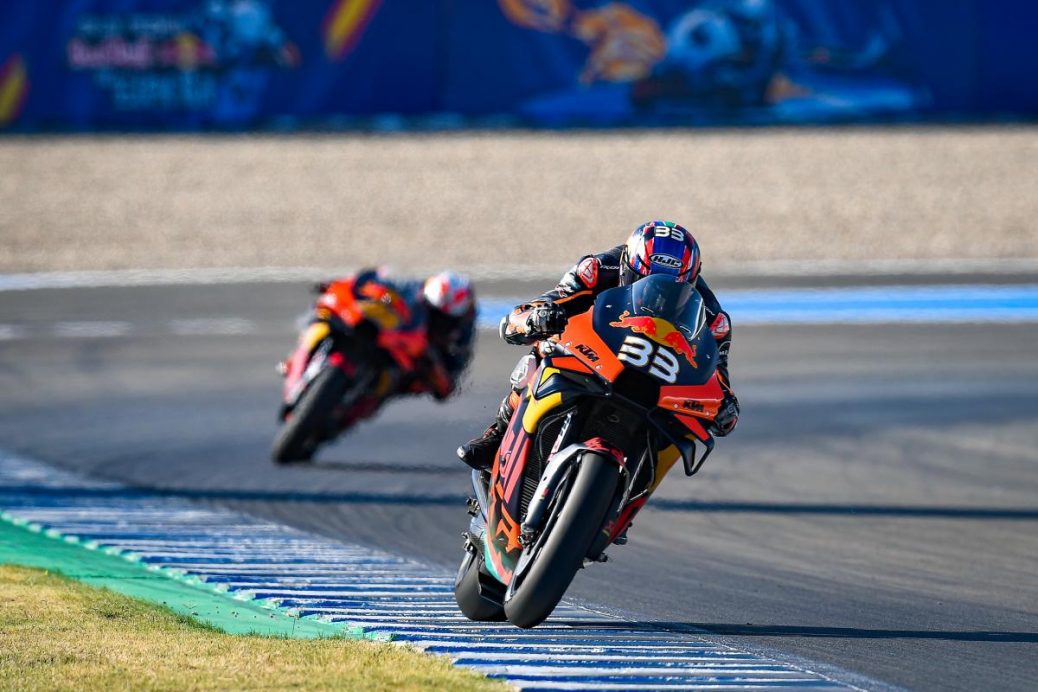 Just like it did for the Spanish GP, Free Practice 2 at the Gran Premio Red Bull de Andalucia provided us with a chance to have a look at who’s looking ready for the race on Sunday. Unsurprisingly, there are some Yamahas that look strong – two in particular. Maverick Viñales’ (Monster Energy Yamaha MotoGP) pace is looking pretty similar to Quartararo’s. Looking at the second run, where he had 11 and 16 lap old tyres underneath him – hard front, medium rear – Rossi produced six 1:38s, with his best of 1:38.292 coming on his final lap. On a front hard that had 23 laps completed on it and a rear medium that had 28 on the clock, it’s promising. Espargaro set his fastest lap of the session on 16 lap old tyres – a 1:37.889 – before he crashed at Turn 2.