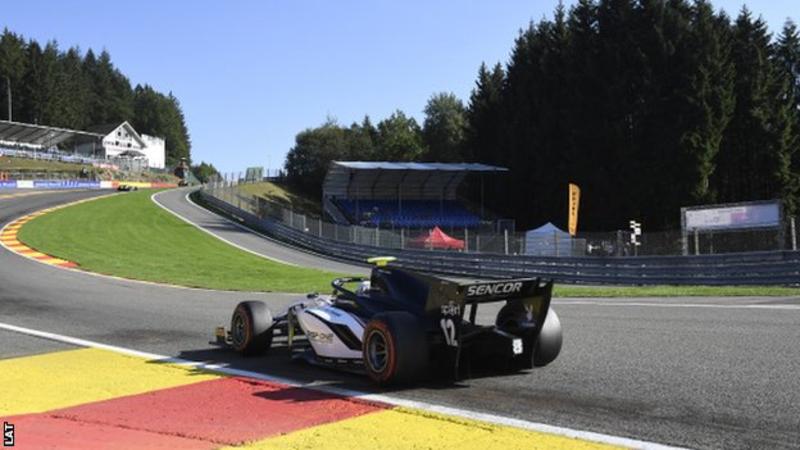 The race was halted on the second lap following the incident at Radillon bend, involving BWT Arden’s Anthoine Hubert and Sauber Junior team’s Juan Manuel Correa.
The impact was so severe Correa’s feet were exposed as the nose cone was destroyed and he was trapped in the cockpit upside down.
The monocoque from the BWT Arden was separated from the rear of the car.
The incident occurred at Turn Three of the Spa-Francorchamps circuit, which follows the famous Eau Rouge corner at speeds of around 160mph in Formula 2 cars.