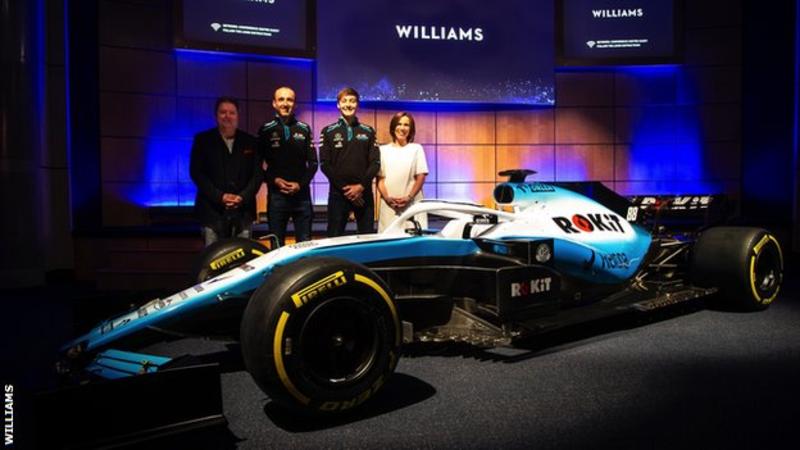 Frank Williams likes the paint job on his Formula 1 team’s new cars – which is fortunate for daughter and deputy team principal Claire, who says she would have been fired if he hadn’t.
Williams’ new title partner, telecommunications company ROKiT, is expected to add substantial investment to a team that will begin the season with British rookie George Russell alongside Robert Kubica, who is back on the grid for the first time after a crash eight years ago.
Reigning Formula 2 champion Russell makes the step up to F1 with Williams this season after a year as Lewis Hamilton’s understudy at Mercedes.