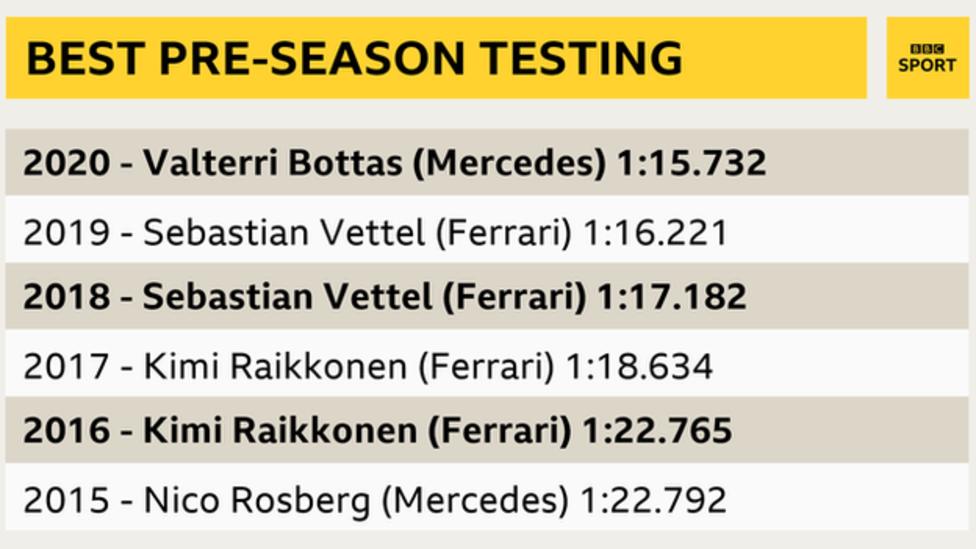 Mercedes driver Valtteri Bottas ended pre-season testing with fastest lap – both on Friday’s final day and overall. But rivals Ferrari and Red Bull both showed pace on the final day, and Racing Point have impressed as well. Bottas’ time on Friday was 0.073secs quicker than Red Bull’s Max Verstappen. The Dutchman was running tyres one grade harder than the other drivers in the list of top five fastest times, with Renault’s Daniel Ricciardo third, ahead of Ferrari’s Charles Leclerc and Mercedes’ Lewis Hamilton. “We’ve had a good winter test,” Lewis Hamilton said.