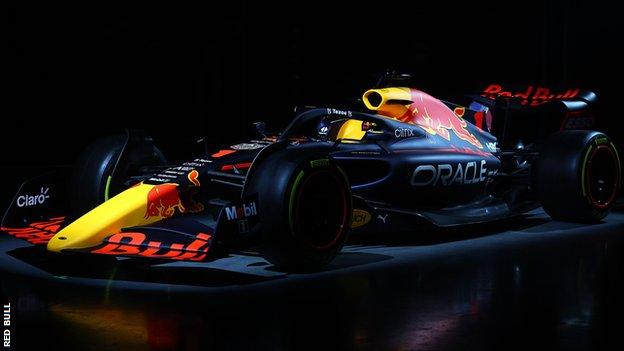 The new car was launched in what Horner admitted was a form that did not reveal all its technical secrets. “When we get to the first race, the car is not going to look very much like this,” he said. Verstappen, who has driven a version of the car in Red Bull’s simulator, said the new tyres and wheels, which are taller than those used last year, will take some getting used to. “I just do what I do all the time,” Verstappen said. Of course as a driver the new regulations you have to get used to the car.