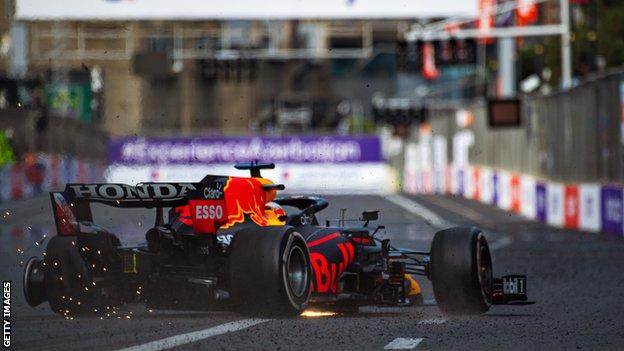 It said this was “related to the running conditions of the tyre”. This was despite the teams in question following the prescribed starting parameters for the tyres, Pirelli said. Pirelli and the FIA have subsequently agreed a new set of protocols governing tyre usage. Pirelli mandates a minimum starting pressure and a maximum starting temperature as a way of trying to control the conditions in which the tyres behave when the cars are on track. Pirelli will now set a minimum pressure for the tyres after running on track, and cars will be checked at random throughout the race weekend.