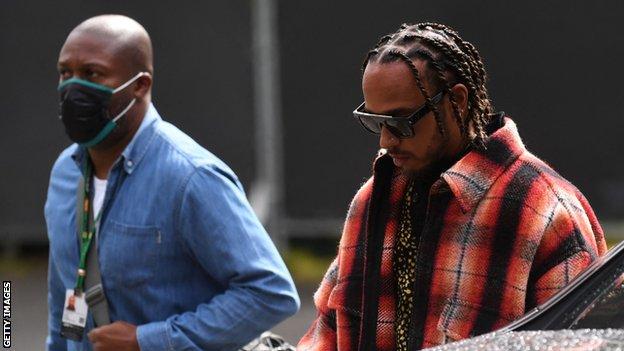 Lewis Hamilton says Mercedes will make “a step forward” in the second half of the Formula 1 season. Verstappen crashed following a collision with Hamilton in a controversial incident on the first lap of the British Grand Prix, which the seven-time champion went on to win. Verstappen went on to finish ninth, with Hamilton second. “Through the season they have got stronger and stronger,” Hamilton said. Verstappen said: “The last two weekends for sure they were very quick. But the Dutchman said he did not believe that Hamilton’s experience would give the Briton an advantage over the climax to the season. “The only advantage you can have is if you have a faster car,” Verstappen said. “We all try to do our best and race in the best possible way. “It’s great if George gets that seat because he deserves it,” Leclerc said.