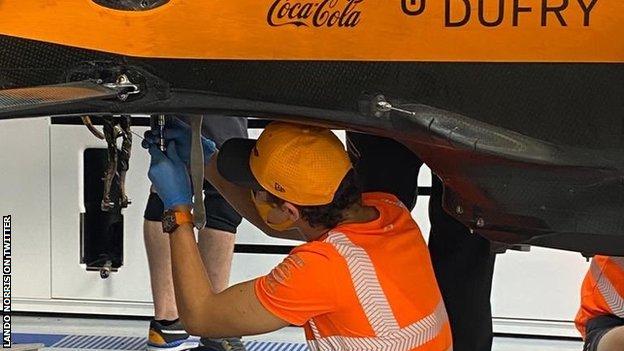 The race over, and their engineering and media commitments finished, many Formula 1 drivers would rush off to a private jet for the quickest route home. Norris posted a picture of himself on Twitter underneath his car in the garage at the Hungaroring, screwdriver in hand. And the rest of the race did not go much better, and Norris finished a disappointing 13th. “I just screwed everything up and it’s such a difficult track to overtake on,” Norris said. Perhaps the extra work came because Norris felt he let the team down after three gruelling race weekends in a row. And, after all, Norris is still fourth in the championship as the sport takes a rare weekend off in a run of nine races in 11 weekends – with more to come. As Norris said: “We’ve had a pretty awesome first three weekends in 2020.