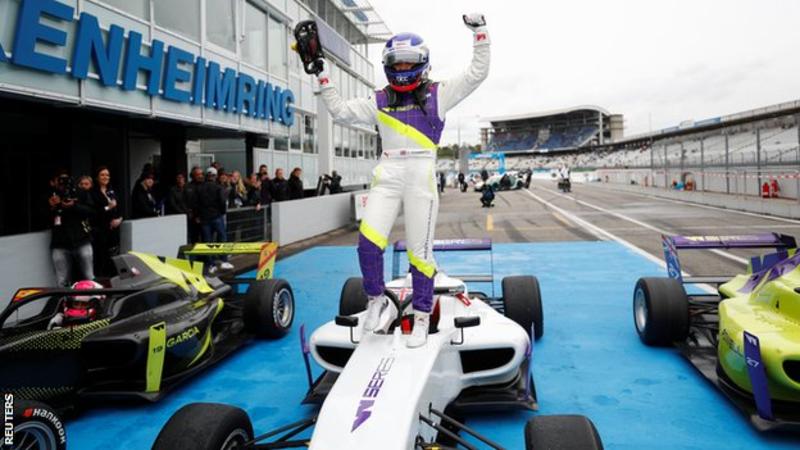 Jamie Chadwick, one of Britain’s leading female racing drivers, has joined the Williams Formula 1 team as a development driver.
Chadwick, 21, is the only woman to win a British Formula 3 race and is driving in the new, all-female W Series this year – in which she won the first race.
Chadwick will attend three grands prix for Williams this year in her new role.
“Promoting women in motorsport is extremely important and having a female role model as part of our driver academy will hopefully inspire young girls to take up racing at a young age,” said Williams deputy team principal Claire Williams.